Criterion can never atone for its Third Man Bluray, but at least they’re out of the doghouse now. The reason is their Wages of Fear Bluray, which I’ve seen and is quite beautiful all around. Superb detail and contrast, and grain levels that are acceptable by my stringent standards. A digital creation, obviously, but one that looks like film in the most refined sense. Clouzot himself would be amazed. 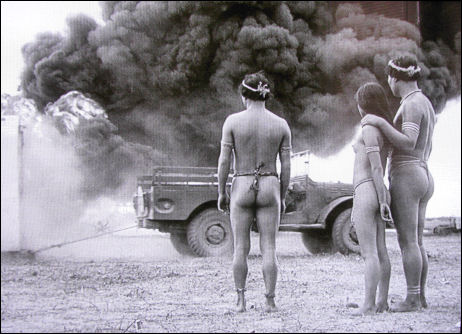 I haven’t seen Henri-George Clouzot‘s 1953 classic since catching it at the Thalia in 1981 or thereabouts. I’ve decided, however, that William Friedkin‘s 1976 remake, Sorcerer, is just as strong and jolting, and in some ways a better story, and in other ways more believable, certainly during the first half. The word for decades has been that Clouzot’s film is unquestionably superior. I don’t buy that any more. They’re more evenly matched now.