Seven days ago I raved about the Kino Lorber Bluray of Marty Feldman‘s The Last Remake of Beau Geste (’77), which is considerably enhanced by Alan Spencer‘s delicious, I-was-there-because-I-was-Marty’s-friend commentary track.

A day or two later I watched a KL companion disc — a Bluray of Feldman’s In God We Tru$t, a 1980 anti-religion, anti-corporate satire that proved to be Feldman’s undoing.

The film contained a brief riff that insulted Universal/MCA by comparing it morally to the Ku Klux Klan. Feldman was told to remove the bit but he refused, contractually fortified as he was with final cut. In so doing he effectively terminated his five-film deal with Universal.

Plus In God We Tru$t wasn’t very funny. Not a total wash (it’s an inventive effort and carefully assembled) but that mescaline-in-the-blood feeling was in low supply.

Spencer’s commentary is just as first-hand candid and knowledgable as his Beau Geste shpiel, but the God We Tru$t saga is basically a downer. I’m sorry but it’s hard to feel intrigued, much less turned on, by a story about a comic genius who simultaneously killed himself (Feldman smoked five to six packs of cigarettes per day) and deep-sixed his career at roughly the same time. It’s an emotional tale from Spencer’s perspective, but tinged with a wasteful residue.

Feldman died of a heart attack in a Mexico City hotel in 1982, while filming Yellowbeard. 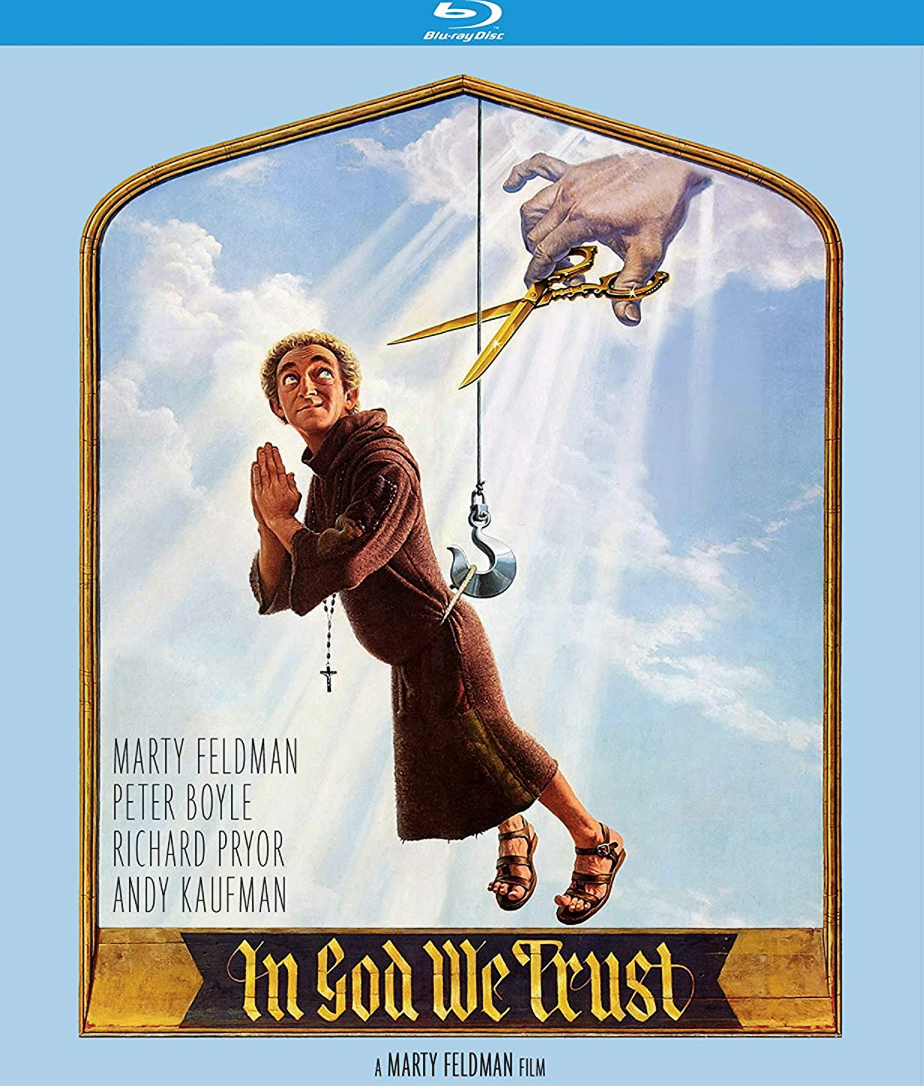