I was quoted in a N.Y. Post piece than ran today about the just-announced remake of Damn Yankees with Jim Carrey and Jake Gyllenhaal. The author is Mandy Stadtmiller. 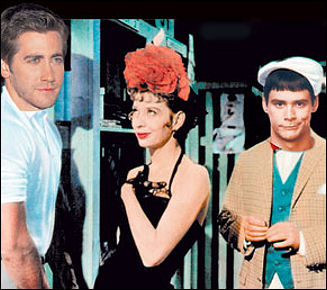 Sample: “‘There are more musicals coming,’ Wells says, but he frets that remakes are the rage rather than originals. ‘A movie has to come from the fiber and the spirit and time that it’s made,’ he says, noting that you can’t just inject ‘iPods and Barack Obama’ into the Dwight D. Eisenhower-era Damn Yankees.”