It took a while to get over there and then wait around for an hour or so before finally doing it, but I had a quiet, interesting, no-pressure chat yesterday with Little Children director and co-writer Todd Field at Toronto’s Hotel Intercontinental. I recorded it with an IPAQ hand-held organizer — it’s not too hard to make out the words. 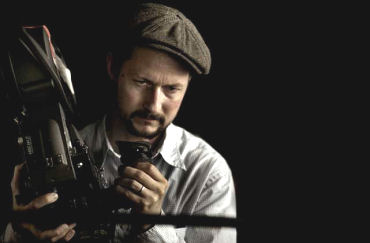 If you haven’t seen the film it’ll be hard to follow some of what we discuss, but mainly I asked Field about (a) the film’s narration, which has an adult, erudite, slightly avuncular tone; (b) the faint sense of dread that you can feel all through Little Children, (c) the superb Little Children trailer, (d) the excellent choice he made in casting Phyllis Somerville as the mother of Jackie Earle Haley‘s balding, pale-faced, freckly, oddball sex-offender character, and (e) the Kate Winslet-Patrick Wilson post-coital photo adorning the Little Children one-sheet.
A bunch of journos were shuffling in and out of the suite while I waited — Chicago tribune critic Michael Phillips, The Envelope‘s Tom O’Neill, Toronto Star‘s Peter Howell, Daily Mail‘s Baz Bamigboye, David Poland, etc.
There was no finger food to pass the time with….just Cokes and Ginger Ale and ice water. I took a photo of the museum outside on Bloor Street at one point.