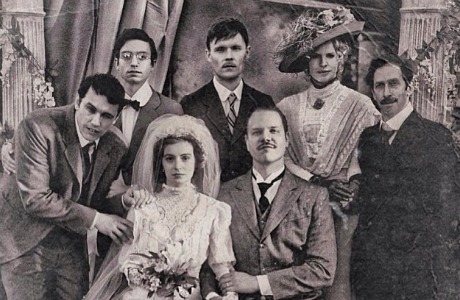 Those who haven’t seen Yann Demange‘s ’71 (I caught it last February in Berlin) should definitely make it a priority.

Forget Julie Taymor‘s capturing of her Brooklyn stage presentation of A Midsummer Night’s Dream…not a chance. Not during TIFF, I mean.

James Franco directs and costars in The Sound and the Fury, another adaptation of a William Faulkner classic on the heels of Franco’s As I Lay Dying, which premiered last year in Cannes. We’re talking aboutthe gradual downfall of the Compson family, of course, with Franco playing playing the mentally challenged “Benjy” Compson. Pic costars Joey King, Tim Blake Nelson, Seth Rogen and Danny McBride. What is to be done with the prolific, never-say-die Franco? I admire his energy and hunger but he has to do more than just crank out film after film. He has to hit a bull’s eye.

So now we’re looking at 27 hard picks with St. Vincent added, and…I’m losing count but something like 33 or 35 if I want to be extra-liberal and inclusive, etc. What’s the difference? I never see more than 25 or 26 or 27 anyway. Nine days, three per day.