A high-def version of Hal Ashby‘s Shampoo has been streamable on Amazon for about three years, but on 10.16, for the first time, a Criterion Bluray of a “4K digital restoration” will go on sale. Given what’s recently happened with Criterion’s Midnight Cowboy and Bull Durham Blurays, I’m honestly scared that Criterion will add a strong teal tint to the color. Is a brand-new Warren Beatty interview among the extras? Or perhaps with screenwriter Robert Towne? Of course not. It will, however, include a video chat between critics Mark Harris and Frank Rich plus an essay by Rich. 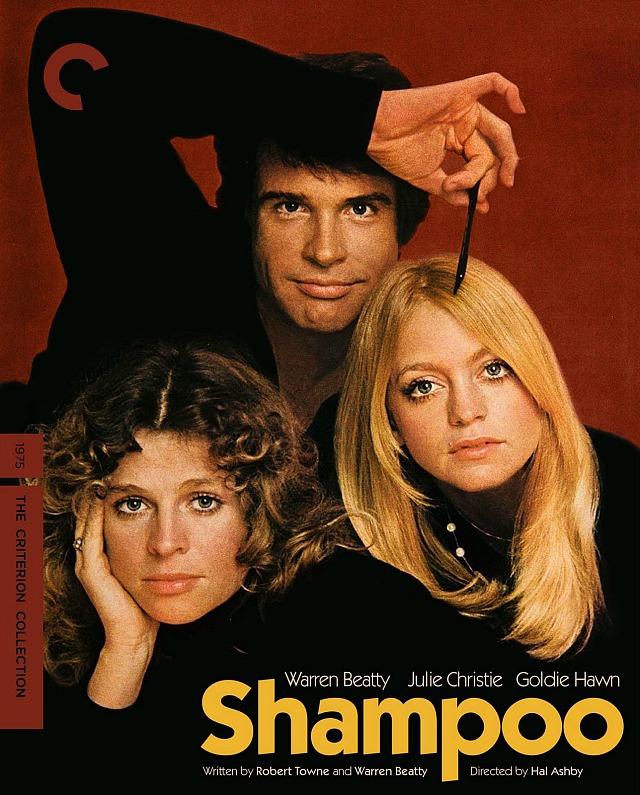 Posted nine years ago: “The brittleness and acidity in Carrie Fisher‘s personality feels just right in this scene from Shampoo. And the look of slight confusion mixed with resignation on Warren Beatty‘s face when she pops the question is perfect. I wish there were more movies like this today. Whip-smart social comedies with more on their minds than just wanting to make people laugh, I mean.”

“What the hell am I gonna tell ya ’bout what they got against you? Christ, they’re women, aren’t they? You ever listen to women talk, man? Do ya? ‘Cause I do till it’s running outta my ears! I mean I’m on my feet all day long listening to women talk and they only talk about one thing — how some guy fucked ’em over. That’s all that’s on their minds. That’s all I ever hear about! Don’t you know that? Face it, we’re always trying to nail ’em and they don’t like it. They like it and they don’t like it. It’s got nothing to do with you, Lester. It just happened.”

Posted by “Cinephile” on Amazon.com: “This is one of the best films of its time and is probably the last example of a sex comedy having any sly wit, sophistication, or style. The character of George (Warren Beatty) is based on Manson family victim Jay Sebring — a close friend of Beatty’s — and his quest for maturity and respect cuts through the dozens of meaningless, in-your-face type comedies of today. No, it’s not an overbearingly gross, laugh-’til-your-side-aches ride with lots of gratuitous nudity and forgettable one-note characters. Shampoo builds at a carefully constructed pace and, using humor as an undercurrent and beautifully soft neutral colors as its visual look, packs a slight emotional wallop at the end. It’s as close to an American art film comedy as you’re going to get.”