Just before 5 pm Sunday afternoon Tatiana and I visited the famous Double Indemnity house. Described as a “Glendale” home in the film, it’s actually located at 6301 Quebec Drive, west of No. Beachwood Drive in the Beachwood Canyon area.

Talk about a home cursed with blood and deceit. Phyllis Dietrichson (Barbara Stanwyck) and her crabby, barking-voiced husband (Tom Powers) lived in this classic Spanish-style home. It’s also where insurance salesman Walter Neff (Fred MacMurray) first met Phyllis and became smitten, and where he tricked her husband into signing a life insurance policy without knowing it. And it’s where he snuck into the garage and hid in the back seat of the Dietrichson’s car on the night of the murder. It’s also where Phyllis shot and seriously wounded Neff in Act Three, and where Neff shot Phyllis right back, point blank and killing her cold.

I was gratified that the house looks mostly as it does in the film, which Billy Wilder directed between 76 and 77 years ago.

The garage isn’t the same. Someone destroyed the twin arched carport entrances — now it’s just one big rectangular door. The front yard palm trees are gone, replaced by three cypress tree and some large bushes. A few 21st Century cars parked nearby kind of kill the mood; ditto a pair of big plastic garbage bins. The place just doesn’t feel quite as mythic in real life as it does in the film. But the fact that it’s 90% unchanged is cool. 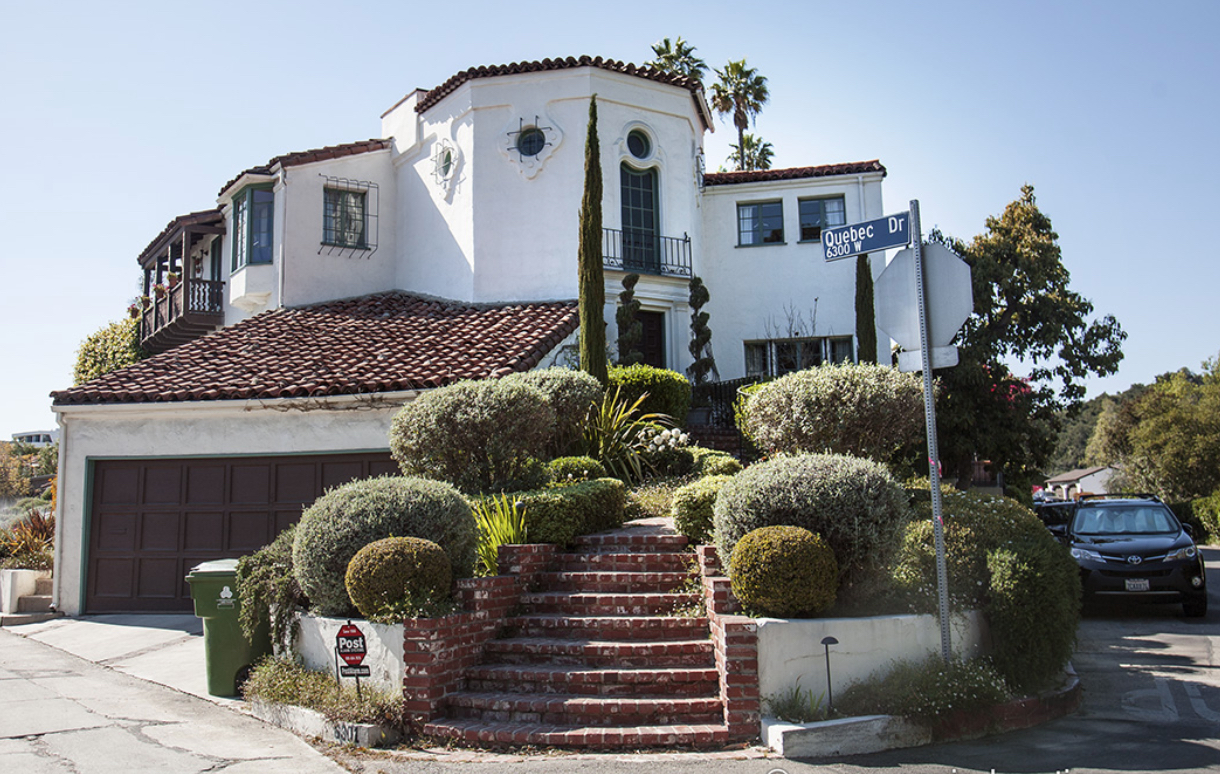 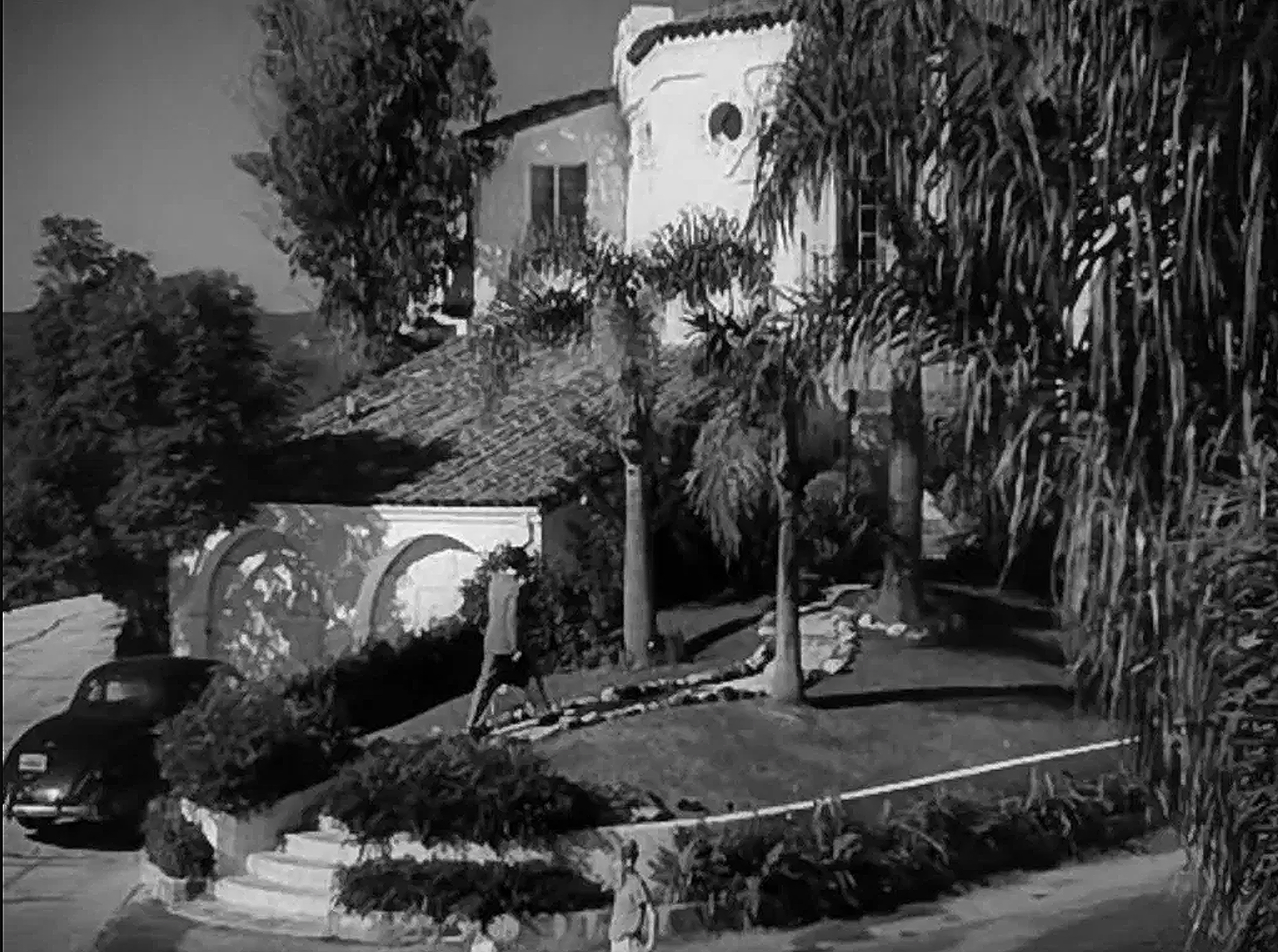 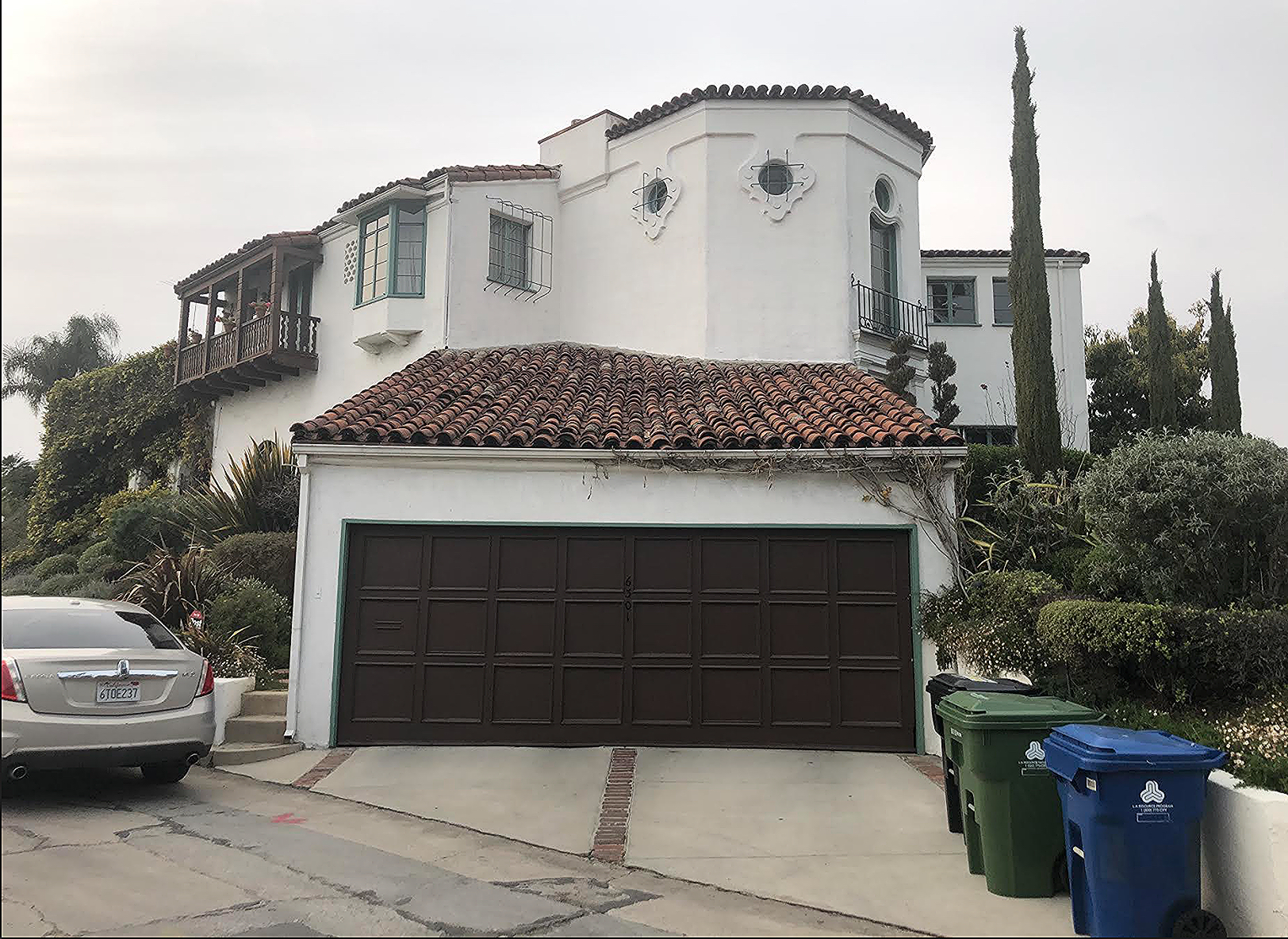 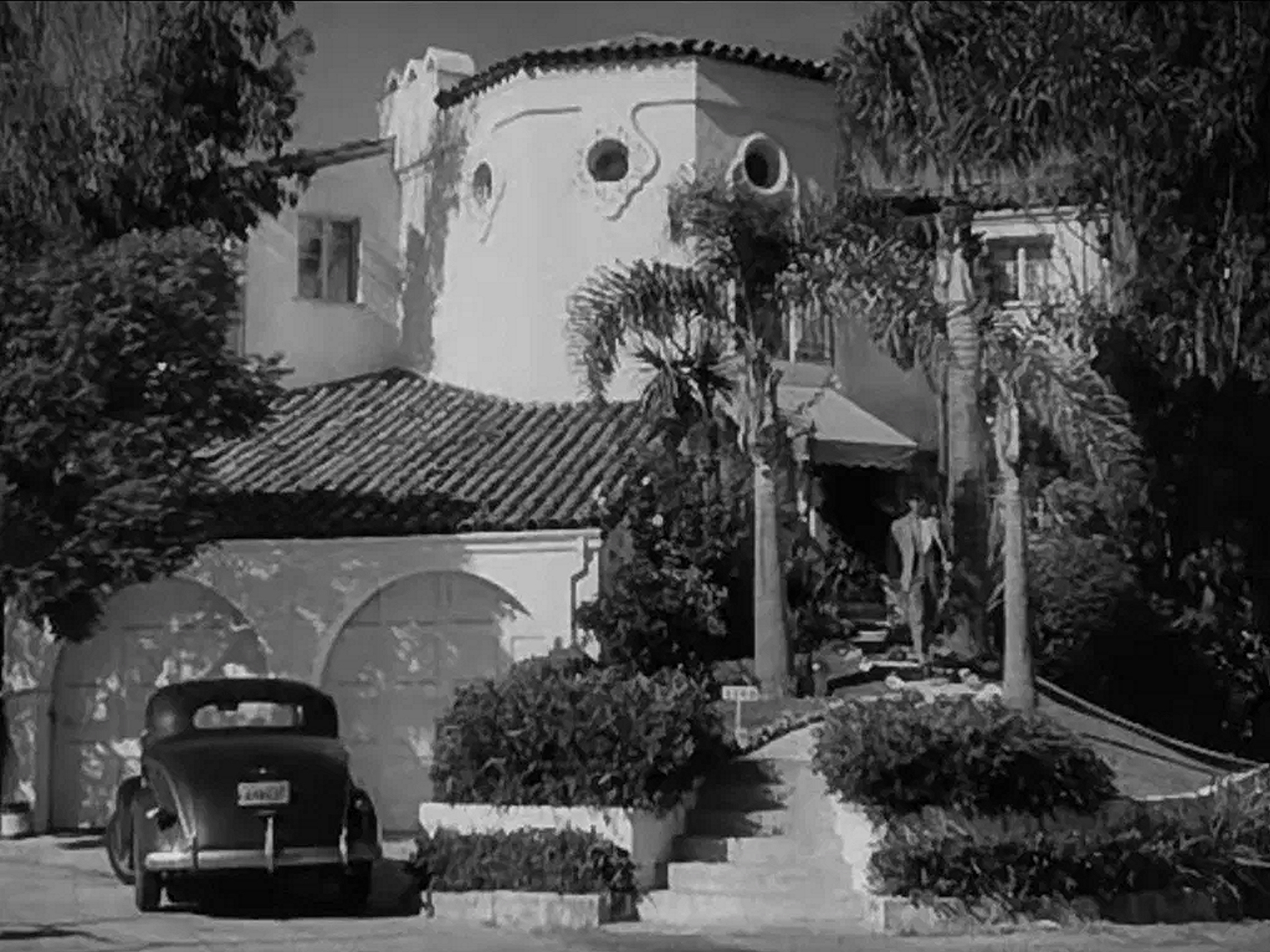 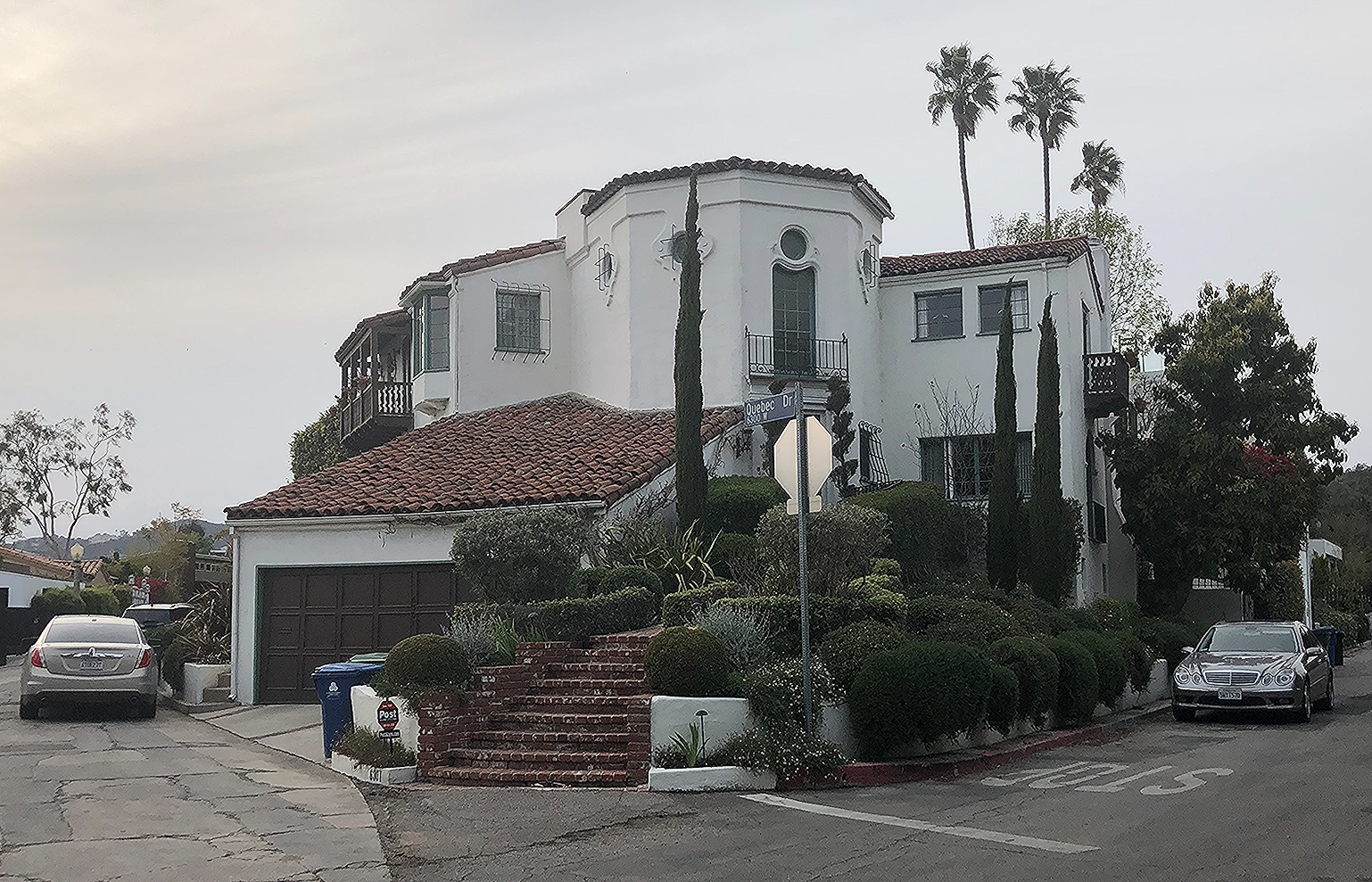