Last night I scored a copy of the opening episode of Bill Condon and Cynthia Mort‘s Tilda — a recent draft with the words “Tilda_April” on the top left corner. The cat ran out of the bag eight days ago, of course, when Hollywood Reporter columnist Matthew Belloni ran a combination review and legal assessment piece based on a reading of a February first draft, so there’s nothing to say that’s strictly mine except to call it hugely entertaining and so on. I’ll elaborate in a sec. 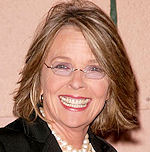 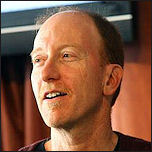 Tilda is a forthcoming HBO series about a Nikki Finke-ish Hollywood blogger that will star Diane Keaton and costar Ellen Page. An HBO spokesperson told Belloni that ‘”the script is a fictional composite and not based on any one person.” Bullshit, bullshit, bullshit. The Tilda Watski character is Finke, Finke, Finke all the way. Belloni was spot-on when he said the show should be called Toldja! instead of Tilda.

There’s also a Los Angeles Times reporter called Brian Sheen. He’s Tilda’s chief competitor for Hollywood scoops and not above a little scheming and maneuvering to compromise Tilda where it hurts (i.e., by revealing her past and probing her personal weaknesses) or at least head her off at the pass. This guy, up and down and in every possible way save for living in Silver Lake rather than Brentwood and not having a Jewish last name, is L.A. Times columnist Patrick Goldstein.

On 4.22 Goldstein wrote about what he’d heard about the project, although he hadn’t read the actual script.

My reactions after reading the Tilda script, tapped out before going to bed around 1 am:

“What a brilliant and hilarious high-calorie, action-packed half-hour! Seriously…fucking delicious! Okay, maybe I’m prejudiced because it takes place in my figurative back yard, but it’s obviously going to be hard to keep the quality at this level for show after show.

“Action- and plot-turn-wise this easily could have been an hour-long episode. There’s a certain tempo and breadth and breathing-space element to an hour-long show (like The Sopranos, say) , and Tilda is much faster and tighter, like a caffeinated Entourage. Condon and Mort have honed it down so that every line and every beat counts.

“Whatsername is going to be totally delighted with this. She’s depicted as J.J. Hunsecker, and this show is a helter-skelter Left Coast Sweet Smell of Success meets The Player meets The Creature From The Black Lagoon.

“I mean, my God…they’ve got her having sex with someone! Not to mention smoking pot and drinking wine.

“I hope or trust they’re developing a Sidney Falco– or Anne Baxter in All About Eve-type character. Someone who’s even more craven than Tilda, or someone who’s trying to secretly undermine her while pretending to be loyal, etc. Hungrier and more desperate. If they’re not, they should.

“What’s the rat metaphor about? I’m still mulling that one over.”

Belloni wondered if Finke might sue HBO for the sheer monetary pleasure of it. The way to avoid this, of course, would be for HBO to obtain Finke’s life rights. They did the same thing with Entourage‘s Ari Gold character by obtaining clearance from WME’s Ari Emanuel. And yet Belloni reports, bizarrely, that “the net says it isn’t working with Finke.”

Belloni remarked that Finke “has to be smart enough to realize that a TV show based at least in part on her would help expose her unique brand of journalism to a much wider audience, right?” Not necessarily. But then again, maybe.