To hear it from Deadline Hollywood Daily‘s Nikki Finke, last Friday’s Lorenza Munoz L.A. Times article about whether or not Chris Silbermann, the 39-year-old television agent “being groomed” to lead Int’l Creative Management (ICM), can reverse the agency’s declining fortunes was late out of the gate. 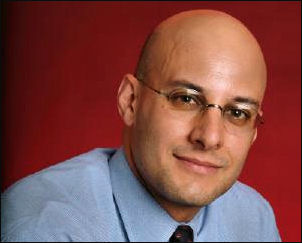 Plus, says Finke, the story contained a lead-graph error about Julia Roberts having followed Jim Wiatt from ICM to William Morris eight years ago. “Never happened,” she says.

But from a writer’s standpoint, you can’t help but admire the clarity of Munoz’s third paragraph, which is composed of a tight 21 words: “Once the runner-up to powerhouse Creative Artists Agency, ICM is no longer part of the big leagues in the movie business.” For all of her crackerjack bullwhip reporting about the agencies, I don’t recall having read a Finke sentence that conveyed the awful-truthitude of the ICM situation quite as bluntly or concisely.

(Finke wrote following on 8.14: “What’s interesting is how rival tenpercenteries are trying to use the Limato brouhaha to spin the town about ICM. Recently, I’ve heard both Endeavor and CAA use the phrase that Hollywood now has “only four major agencies,” with the implication that ICM is no longer comparable to them or UTA or Morris because of the losses to its motion picture department.” That has a certain ring, but then she adds (however correctly or incorrectly) that this claim is “ridiculous,” adding that ICM and/or its investors “are looking to buy an agency with a strong motion picture department.”)

Attempting to recover some of the agency’s former glitter.”could be the most difficult mountain Silbermann, an avid hiker, has ever climbed,” Munoz writes. “The ICM president, who until recently shared that title with [the departed Ed] Limato, is highly regarded in the television world, having put together the talent for one of ABC’s biggest shows, Grey’s Anatomy.

“But Silbermann is a virtual unknown in movie circles. Most of Hollywood’s top studio executives, including Sony Pictures’ Amy Pascal, DreamWorks SKG’s Stacey Snider and Warner Bros.’ production chief Jeff Robinov, have either never met Silbermann or have had little contact with him since he joined ICM a year ago.”