I was trying to console a friend the other day who’d just lost his job. Everybody gets laid off or fired, I told him. Happens to the best of us. To put him in a slightly better mood I told him a story about getting canned by a chain-link fence company in Fairfield, Connecticut, that I worked for in my early 20s. It’s a good story because I wasn’t just “fired” but angrily jettisoned due to an error of classic proportions. A lulu. 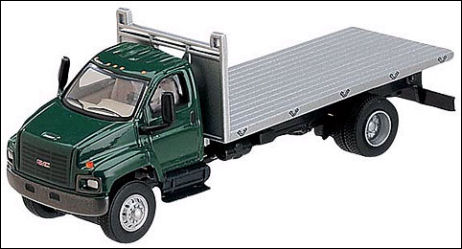 I worked with two other guys for the company. Every day we loaded big coiled-up bundles of chain-link fence and schlepped them around to this and that job site. We would dig holes and insert a series of metal poles sunk in cement, and then return to the job a couple of days later to put up the fence, unspooling it yard by yard and fastening each length to the poles with hard metal coils or “ties.”

It was torturous trying to move the chain-link rolls off the flatbed truck and then lift them up with sheer brawn every time a section had to be unspooled. Especially in the godawful winter with the cold metal freezing your fingers and the tips of the fences making scratches and cuts on your hands every time you manhandled them. My job attitude was half-hearted at best.

I was the guy who would back the truck up and get it into position before the fence rolls were unloaded in front of the poles. One time we were putting up a fence near a large dirt lot. The road was a couple of hundred feet away from the location of the poles, and for whatever reason it was decided not to park the company’s flatbed truck right next to the poles but up near the road.

In any event it was finally 4:30 pm one day and time to get the truck and bring it back to where the un-mounted fence sections were lying on the ground. The rear of the truck was facing the far side of the road. The obvious plan was to back it into the road and then whip it leftward and drive across the lot.

The truck was parked on an incline, however, and there was a lot of mud under the tires and I couldn’t get any traction when I hit the gas. So I tried rocking it back and forth — no luck. I then decided to put a couple of pieces of scrap lumber under the rear tires for traction. I once again put it in reverse, hit the gas and finally the truck lurched backwards. 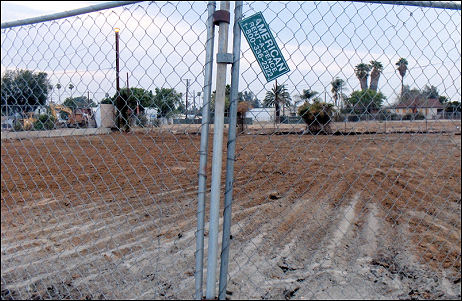 Then something prevented me from moving again. The engine was revving but I stayed put, as if something was obstructing. But I glanced at the left rearview and saw nothing. In my haste and frustration I hit the gas even harder. The truck moved only by a foot or so. I couldn’t figure what was wrong. I tried again and again.

The revving engine was fairly loud so at first I didn’t hear the shouting of my coworkers. In fact they were screaming. I looked in the mirror and saw them running in my direction, waving their arms. I put the truck in park and jumped out. What I saw behind the truck was so outrageous that after a minute or two I was dealing with suppressed laughter. I managed to restrain myself by frowning and looking at the ground and thinking about dead pets and cesspools.

I had backed the metal flatbed part of the truck right through the window and roof of a passenger car that had just happened along. The car was sitting there with the window shattered and split open and the roof bent and sheared all to hell. The driver — a mousey-looking middle-aged guy in a white shirt, tie and maroon sports jacket — was sitting motionless and white-faced behind the wheel. He was apparently so traumatized that he’d gone into some kind of shock.

Just as I was finally succeeding at backing out of the mud this Willy Loman-ish jerk had driven his car — a mid-sized four-door coupe — right behind me and for some reason come to a dead stop. I never talked to the guy, but I guess the truck lurched at just the right moment and the flatbed had smashed through his right-rear window and pinned him down.