For What It’s Worth

The racist reactions to Moses Ingram’s casting as an Empire villian in Disney+’s Obi Wan Kenobi series are ugly and unfortunate. On the other hand one of the side complaints may be more about a lack of a certain class bearing.

All films set in the past or in fantasy realms have adhered to certain ways of speaking for the good and bad guys. Generally speaking villains allied with or backed by powerful forces tend to sound more disciplined and mannered in a high-class way than their underdog victims.

In Stanley Kubrick‘s Spartacus (’60), for example, the slaves were played by proletariat types with American accents while the Romans were played by British actors or distinguished college-dean types.

Likewise, in the Star Wars realm the classic approach has been (at least back in the old days) that the Empire baddies have sounded like officious, cultured British elites, or at least like people who went to expensive prep schools.

I’m going, of course, by the example set 45 years ago by Peter Cushing‘s Grand Moff Tarkin in the original Star Wars (’77).

Billy Dee Williams‘s Lando Calrissian sounded like a smooth American hustler, of course, in The Empire Strikes Back and Return of the Jedi. But it wouldn’t have worked as well if Williams had been cast as an Empire villain.

I don’t care who plays who in Disney+’s Obi Wan Kenobi series, but I can half-understand why some might say that a female Empire villain shouldn’t sound like a tough Baltimore girl. She should sound like a RADA instructor or a senior official with British Airways or a Whitehall bureaucrat of some kind.

I just think it’s fair to mention the pattern established by Cushing and others in the old days. Otherwise I couldn’t care less and I’m certainly not going to argue about it. 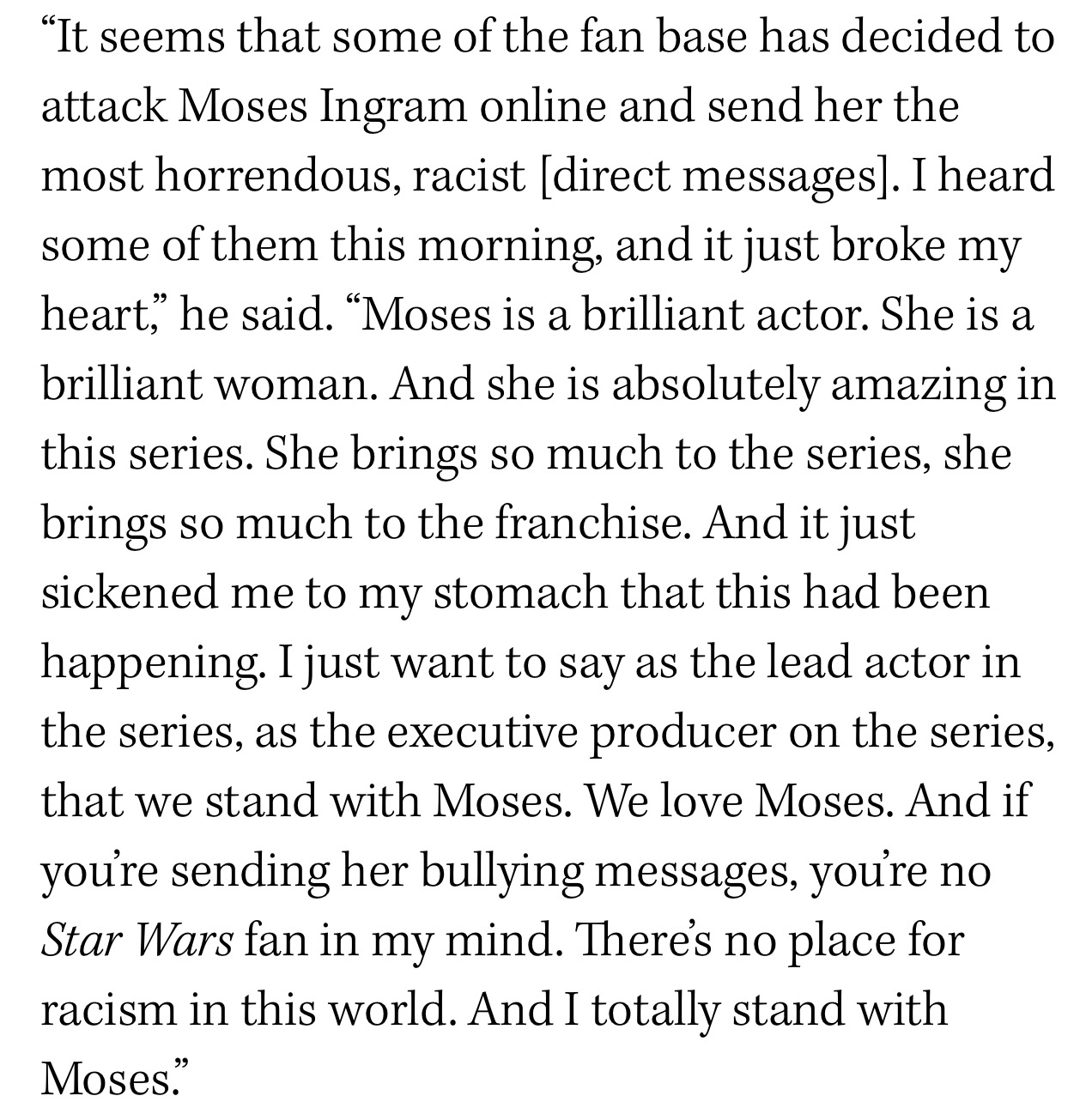 May 31, 2022by Jeffrey WellsNo Comments
« Previous post
Led Zeppelin’s “In The Evening”
Next post »
Clint Was Playing Geezers 30 Years Ago