You really have to hand it to Scott Foundas for writing a big L.A. Weekly piece that says Brett Ratner “is a talented filmmaker who deserves to be taken seriously.” If you’re not willing to say the unpopular thing now and then, you’re not worth very much as writer, and for this Foundas has my respect. Even if his proposition — call it a notion — is only half-right. 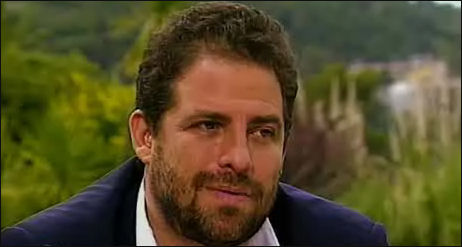 Ratner is a talented filmmaker. Perhaps moderately, perhaps more so. But so far he hasn’t done much with his gifts except make commercial “movies.” And by my standards, he hasn’t put any serious feeling, conviction or high-level craft into any of them. And forget original or innovative. Ratner’s longstanding yen to be a successful, well-paid director and groove with the commercial swing of things gives him a tomcat joie de vivre aura — he’s not Todd Louiso — but his films feel much more like “displays” or “presentations” than anything else.
Ratner is not Karel Reisz, Samuel Fuller or Curtis Hanson. You can’t equate him to middle-range talents who’ve enjoyed admirable flare-up periods like John Frankenheimer or Irvin Kershner. He sure as hell isn’t a stylist like Val Lew- ton. At best he may be Phil Karlson or Mervyn LeRoy. He’s not even Arthur Hiller, who at least made The Americanization of Emily and The Hospital. I’m not one of those who lumps in Ratner with satanic forces like McG, Michael Bay, Stephen Sommers or Roger Kumble, but I do think the best anyone can say about him is that he’s an above-average hack with formidable social skills.
The core of Foundas’ argument is that “it matters to Ratner that his films seem expressive of his personality.” His examples are Money Talks (’97 — Ratner’s first feature), After the Sunset (’04), and “perhaps most of all” the Rush Hour movies.” Ratner, says Foundas, “is there in the preponderance of classic r & b and hip-hop on their soundtracks; in their exuberant celebrations of beautiful women, fast cars and other assorted bling; and in their conscious homages to the movies that made Ratner want to become a director in the first place.” 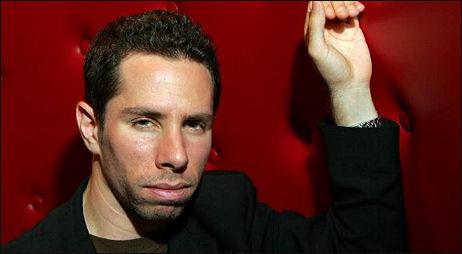 But to me the whole take-Ratner-seriously idea falls apart when you read that the 38 year-old director has told people “that The Family Man is his most personal film.” That’s the film in which Nicolas Cage decides it’s better for his soul, his marriage to Tea Leoni and particularly the welfare of his kid to go back to New Jersey and sell tires rather than live the the uptown life of a well-paid businessman. I always thought that was a cloying and dishonest view of things, and that anyone who would embrace it as something real and profound has a stunted view of human nature as well as bad taste.
I got to know Ratner a few years ago through my friendship with James Toback. Ratner was friendly, gracious and a good fellow when I visited him at his Benedict Canyon home. He picked up the phone after that and all was well.
Then I saw him at Cinevegas in ’02 and happened to ask him at one point why his ex-girlfriend Rebecca Gayheart, whom he had helped with emotional support and legal assistance after her involvement in a terrible accident in ’01 in which a child was killed, wasn’t attending the festival with a short film she’d made (a pretty good one called Me and Daphne) that the festival was showing. Ratner said she couldn’t come because she was visiting family. That was hard to swallow. I felt dissed, in fact, by being fed a half-truth, and I expressed this doubt in a column. The next thing I knew Ratner’s attorney Marty Singer was on my cell phone threatening me.
I took down the sentence about Gayheart’s no-show, but I thought about this later on. Ratner had lied to me, and then he told a pit-bull attorney to get in my face when I wrote that I felt I’d been lied to. I decided from this episode that he’s a snowjobber and a bit of a thug. But a lot of people b.s. a lot of other people in this town, and I decided later on that Ratner was expressing his feelings of loyalty and protectiveness for Gayheart when he had Singer call me. Let bygones be bygones, I figured. But he’s still not that much of a director, and I honestly don’t think he’s on his way up anytime soon.