“This is the umpteenth movie I’ve seen this year about guys in their 30s who aren’t quite sure what they want to do with their lives,” Scott Foundas writes about Kevin Smith‘s Clerks 2, “and it’s the only one that strikes a real chord, because it’s neither an exaltation nor a condemnation of slackerdom, but rather just a sweet little fable about how sometimes the life that you think could be so much better is actually pretty damn good already.” 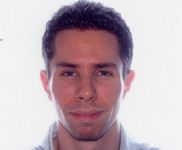 Foundas then offers Smith “a few words of brotherly advice: I said before that you’ve never really left Jersey, and for the most part I mean it as a compliment — like the original, Clerks 2 has a lived-in, blue-collar feel that Hollywood almost never gets right. At the same time, I can’t quite shake the feeling that you haven’t much wanted to set foot outside of your self-created View Askewniverse, even though there’s a great big Mooby’s-less world out there full of stories that could benefit from your telling.”