Charlton Heston passed on 4.5.08 at age 84. The poor guy had been grappling with Alzheimer’s Disease for the previous six years or so. In such a condition, departure for realms beyond isn’t the worst option. I posted the following when I heard the news:

(1) I saw Heston speak at a black-tie dinner at the Beverly Wilshire maybe nine or ten years ago. He didn’t carry a cane but he could barely walk — just shuffling along. I considered him a kind of enemy at that point because of his support of the NRA but my heart went out when I saw what lousy shape his legs were in. That brawny muscular guy in the loincloth who played oar-rower #41 in Ben-Hur had become a frail old coot in a toupee. What a rotten thing it is to suffer the infirmities of age.

(2) His best screen moment happened in the last act of The Big Country, when his ranch-hand character in The Big Country decides to abandon a short-lived ethical mutiny against his ruthless employer, played by Charles Bickford, and follow him into Blanco Canyon and an almost-certain gun battle to the death. When the rest of the hands who had briefly sided with Heston catch up and join them, Heston looks at Bickford with utter revulsion, in part because he knows he can’t defeat him but also because he knows that he’s emotionally trapped.

(3) The best story Heston ever told was when Ben-Hur director William Wyler spoke to him in his dressing room after the first or second day of shooting and said, “Chuck, I’ve thought about your performance over the last couple of days and you’re going to have to be better.” Sure, Willie, said Heston — just tell me what you want, what to do. “I can’t say exactly because I don’t know,” said Wyler. “I just know you have to be better.” And then Wyler said “see ya” and left the room. Heston said something about pouring himself one or two stiff ones and taking a long walk. 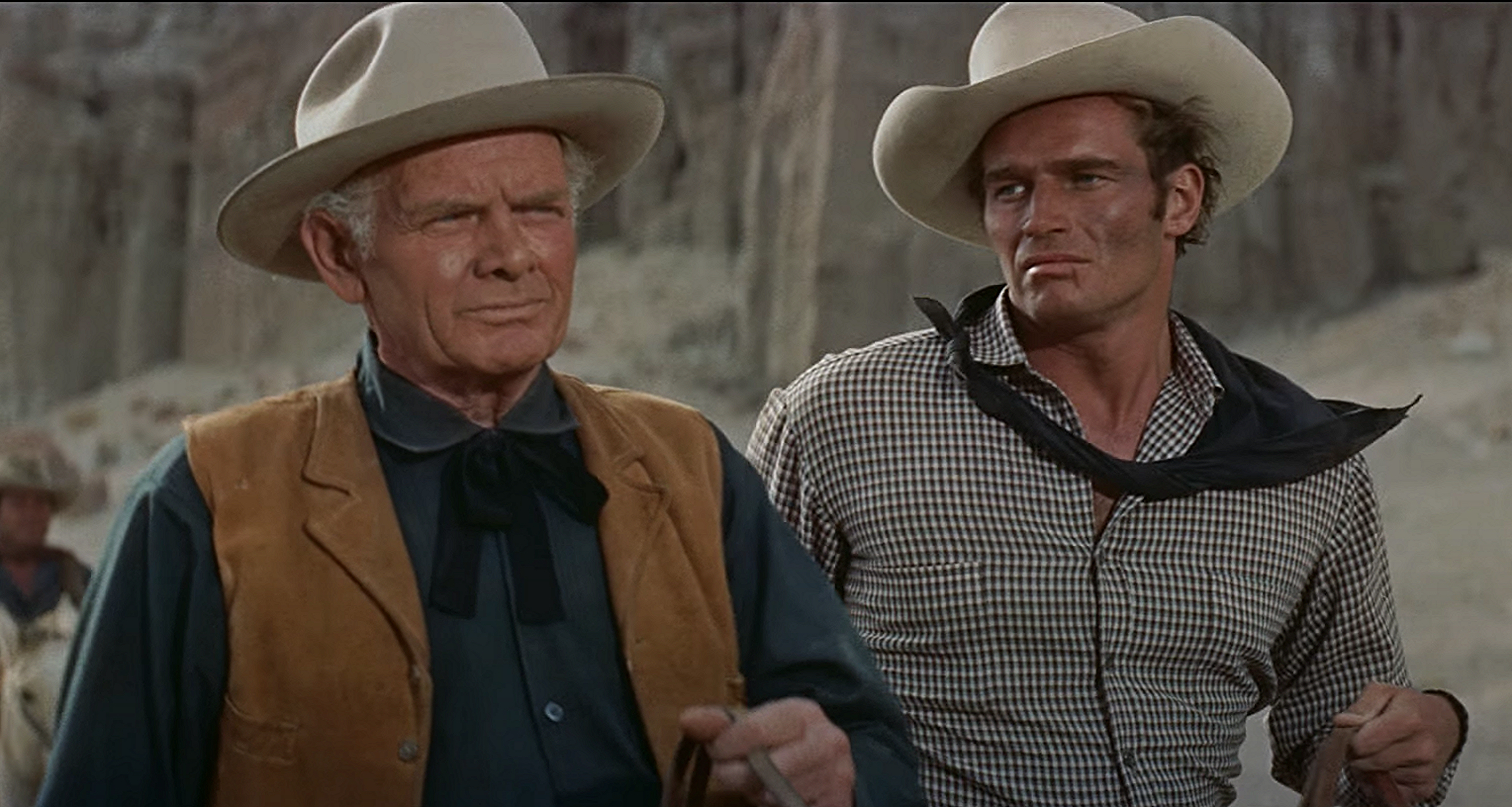