First, any article, editor or journalist who mentions the word “pressure” in the context of a celebrity profile is a hack. If I’ve listened to one unctuous junket whore ask an actor “how much pressure did you have to cope with?” and blah blah, I’ve listened to it 700 or 800 times. Second, until I glanced at this THR cover I wasn’t even thinking about The Girl in the Spider’s Web (Sony, 11.9)…not even a blip on the screen. Third, now that I’m mulling it over I’m asking myself if I even want to sit through it. Fourth, the last time I checked Foy’s performance as Neil Armstrong‘s hand-wringing wife (Janet Shearon) stood a reasonable chance of being nominated for Best Supporting Actress, but no mention of First Man in the cover copy? Fifth, I respect the fact that Foy’s freckly alabaster skin is a signature that she embraces, but if I were her I would steer clear of black nail polish. 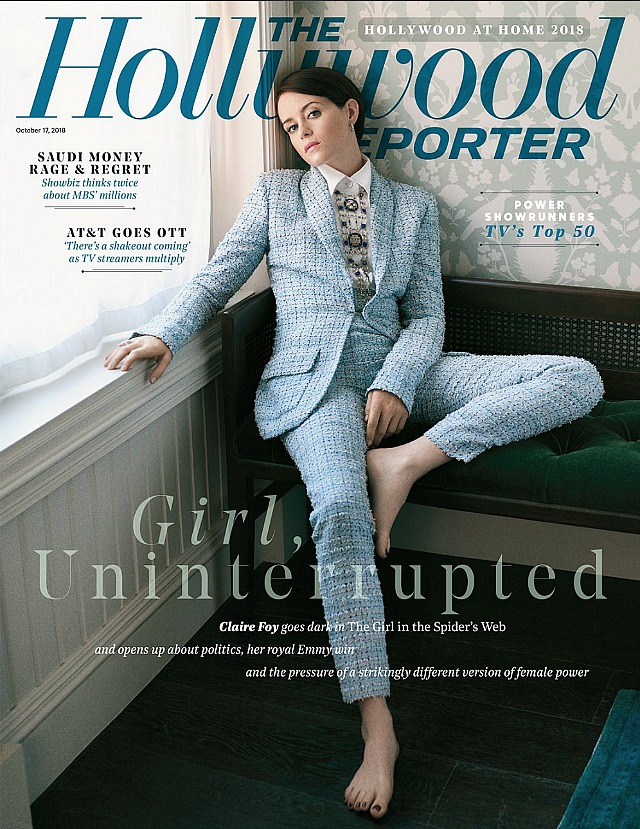