It meant something that Exorcist, French Connection and Sorcerer director William Friedkin hauled himself down to the Vista past his bedtime last night to introduce a midnight showing of Jennifer Kent‘s The Babadook. Friedkin doesn’t know Kent, has no relationship with IFC Midnight, came on his own dime. The Babadook is “one of those restrained, character-driven, less-is-much-more horror films that pop up once in a blue moon — a mix of Roman Polanski’s Repulsion and Rosemary’s Baby plus Juan Antonio Bayona‘s The Orphanage plus a dab or two of F.W. Murnau‘s Nosferatu,” I wrote five weeks ago. ‘Almost everything in-camera, super-meticulous design, no cheap jolts, no conventional gore to speak of…but scary as hell.” 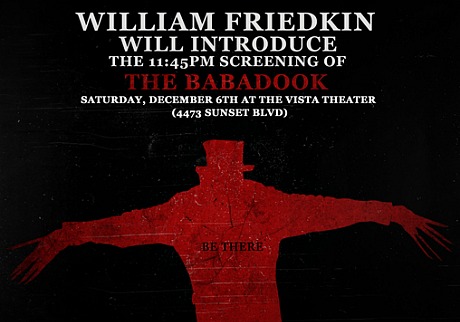 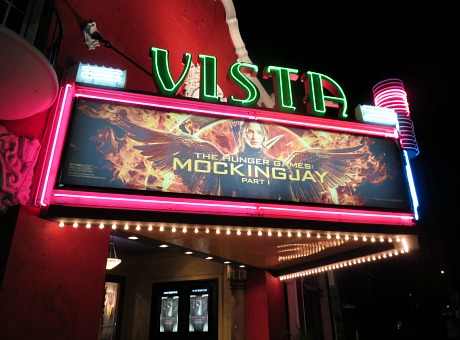 December 7, 2014by Jeffrey Wells44 Comments
« Previous post
This Will Suffice, I Think
Next post »
Spirit of Things