I spent two hours this morning doing Sundance 2011 research. I read synopses and followed web threads about the various premieres, dramatic competitors, docs (premieres and competition), int’l features, Park City at Midnight, etc. I’ll wind up going, of course, to the same 20 or 25 hot films that everyone else will be clamoring to get into, etc. But right now? Honestly? Three films stand out: (a) Jason Eisener‘s Hobo With A Shotgun, (b) Andrew Rossi‘s Page One: A Year Inside The N.Y. Times, and (c) Eugene Jarecki‘s Reagan. 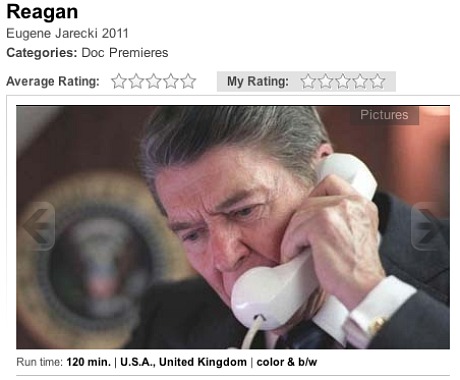 I’m pleased to have scored condo rentals in the same Park City complex I stayed in last year, the Park Regency. A condo share, I mean, with a fellow journalist and a publicist pally, and for a fee that I consider fair and reasonable. 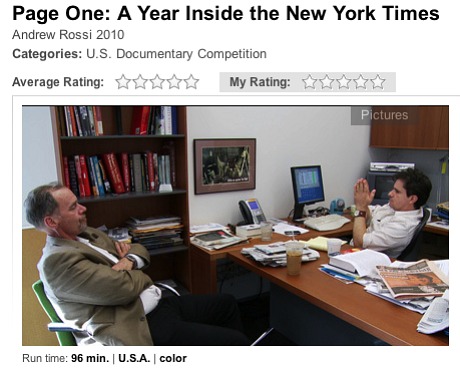