I was a Cub Scout but never a Boy Scout…no thanks! Even in my tweener years I had vaguely sensed that the BSA was a kind of Hitler Youth for middle-class, white-picket-fence American values and autocratic paternalism. Old-fashioned judgments, tough requirements, strict regimentation.

I didn’t have the sharpness of mind or powers of articulation that I have now, but even when I was ten I’d come to suspect that the BSA didn’t get the American bop-shoo-wop thing — an idea that the viewpoints and lifestyles of kids and parents who weren’t rigid straight-arrow types and who were open to a slightly less conventional or even a more subversive approach to American life could be afforded a certain lattitude and respect.

Things have changed, to put it mildly. The last time I checked the Boy Scouts of America had filed for bankruptcy protection after being hit by a deluge of sexual assault lawsuits. Because, according to evidence, adult Scoutmasters had apparently been fiddling around in the manner of Catholic priests. 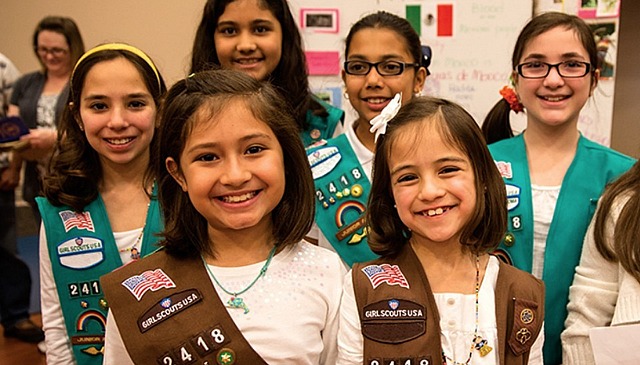 And now I’m reading that the BSA’s opposite number, the Girl Scouts of the USA, has gone full woke in terms of gender identity issues.

The institutional instinct is obviously to protect girls or girl-identified youths from any kind of negative social climate, and that’s obviously a good thing. Why, then, am I detecting the same kind of Hitler Youth mindset that I sensed decades ago, only this time by way of a whiff of forced woke regimentation?

I’m guessing or presuming that a significant portion of those who didn’t vote for Biden-Harris on 11.3 feel a bit unsettled about wokester mandates, and that this is the kind of thing they felt (however ignorantly) they were voting against.

It was reported three and a half years ago that Boy Scouts would allow transgender children into programs — cool. And I’ve just come upon GSA guidelines for respecting and accepting gender non-conforming, gender creative or non-binary norms, and which apparently have been recently announced.

It follows that what’s good for the goose is presumably good for the gander, and so there should be, I gather, a corresponding policy endorsed by the Boy Scouts of America. Meaning that it would read like the GSA statement, but with adjustments:

“Our Boy Scout program is for any boy-identified youth, including cisgender boys and transgender boys. Each child and family is in charge of how they identify and their genders may change over time. For example, if a boy who has previously been a Boy Scout begins to identify as gender non-conforming, gender creative or non-binary, he/she will continue to be welcomed by the Boy Scouts of America.”

It’s not only unfair but vaguely repressive to mention this, I realize, but a certain question is hovering in the back of my mind — what would Fred MacMurray say? 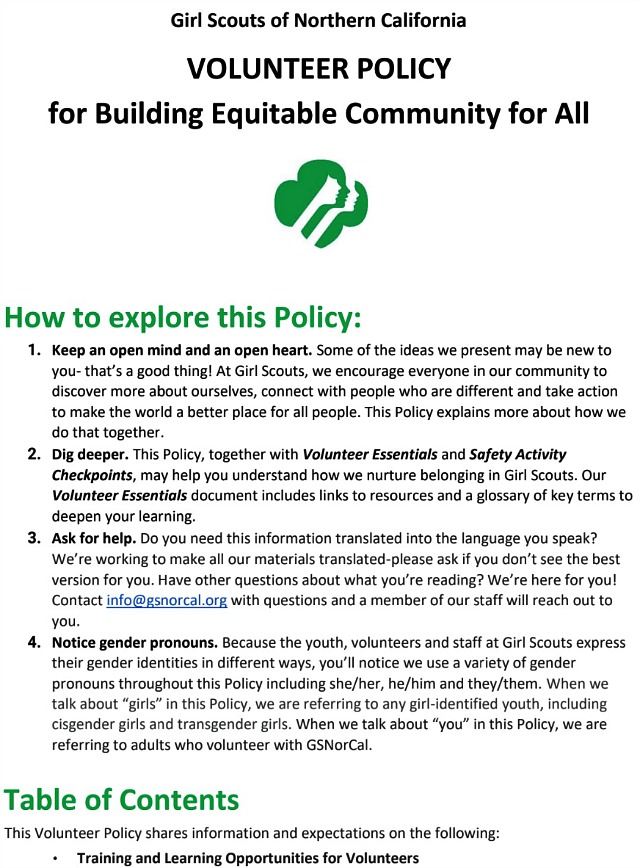