There’s a new Olive Films Bluray of Robert Wise‘s Odds Against Tomorrow (’59). The only thing that distinguishes it from the 2016 BFI Bluray version, according to DVD Beaver‘s Gary. W. Tooze, is the 1.85 aspect ratio — a brutal cleavering of the BFI’s 1.37 version.

Tooze is such a toad about aspect ratios. In his review of the BFI Bluray he actually cheered the possibility of a 1.85 cleavering — “The dispute rages on about the aspect ratio…one day a 1.85:1 will surface!”

For what it’s worth an AFI.com assessment noted that Odds Against Tomorrow “marked the last time Wise shot in black-and-white within the standard aspect ratio — a formula which gave his films the gritty realism they were known for.”

1.85 cleavering, an approach vigorously argued and lobbied for a decade ago by Film Archive’s Bob Furmanek, is perhaps the worst thing to happen in the realm of home-video remasterings of ’50s and early ’60s films. If you doubt this, watch Criteron’s On The Waterfront aspect-ratio essay after the jump. 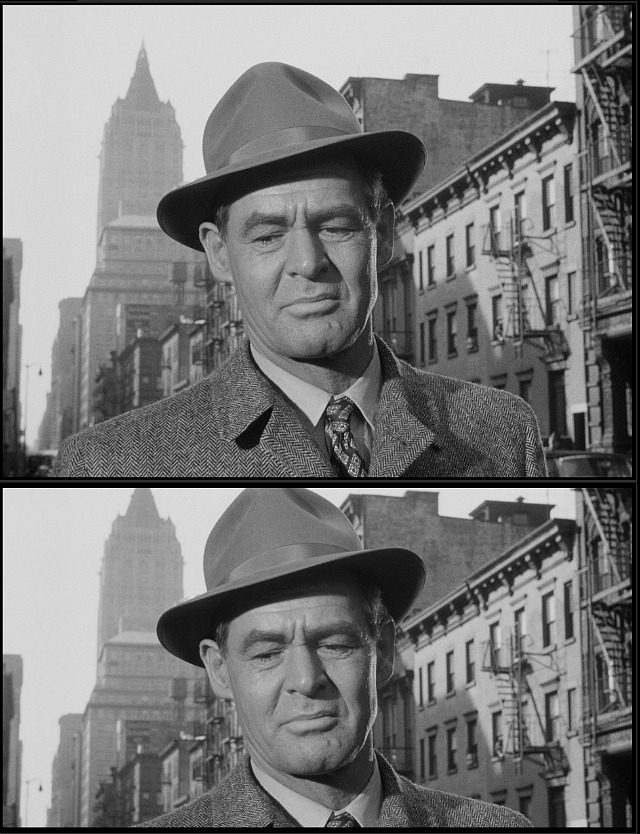 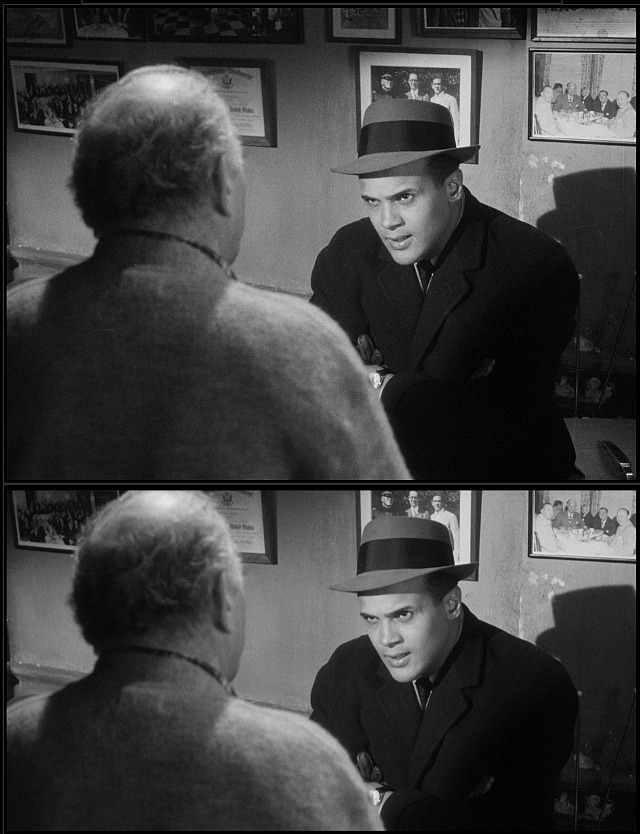 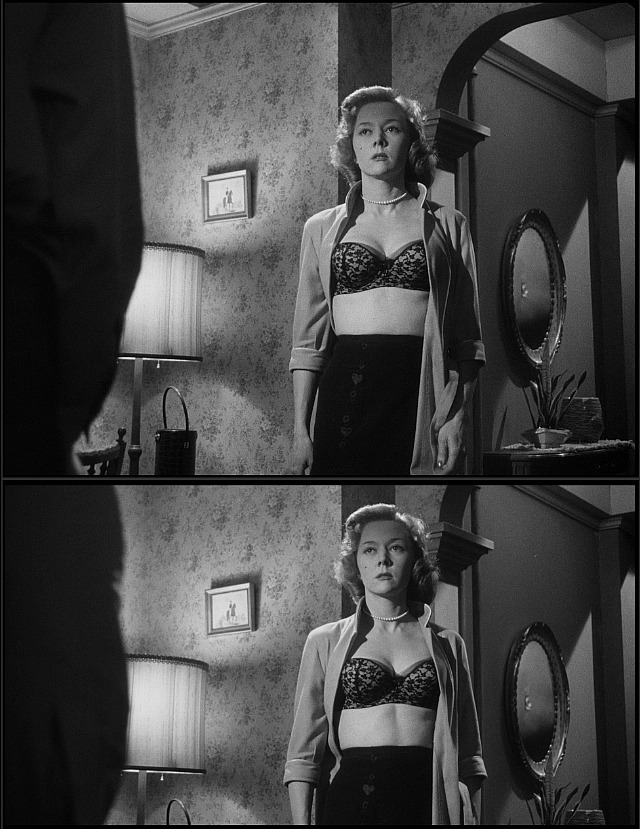