Game and Country: The Return

With Gabe Polsky‘s Red Army opening in New York this Friday (11.14, expanding in January), here’s the tightest assessment I’ve written this far (posted in Cannes on 5.16): “Red Army is a soulful humanistic doc about Russian hockey, struggle, destiny, love of country, recent Russian history and the things that matter deep down, which is to say the things that last. In a marginal or tangential sense you could also call Red Army the flip side of Gavin O’Connor‘s Miracle, the 2004 sleeper about the U.S. Olympic hockey team’s victory over the Russians at Lake Placid in 1980. In that film Russia’s Olympic hockey team was a gang of formidable ogres — here they’re revealed as men struggling with loves and longings like anyone else. The central figure is Vyacheslav Fetisov, the Russian hockey superstar who reigned from the mid ’60s to late ’90s, initially as a Russian player and then with the New Jersey Devils and the Detroit Red Wings. His story is the story of Russia from the bad old Soviet days of the ’70s to the present. The film is crisply shot and tightly cut — it moves right along with efficiency and pizazz, and is augmented by Polsky’s dry sense of humor and a general undercurrent of feeling. Cheers to Polsky, Fetisov, producers Werner Herzog and Jerry Weintraub and the two dps — Herzog collaborator Peter Zeitlinger and HE’s own Svetlana Cvetko. 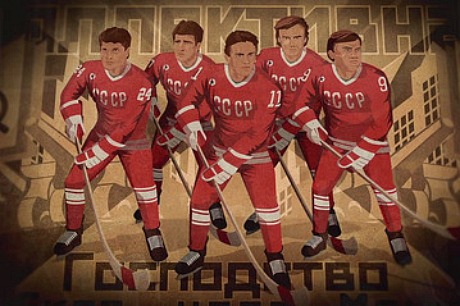 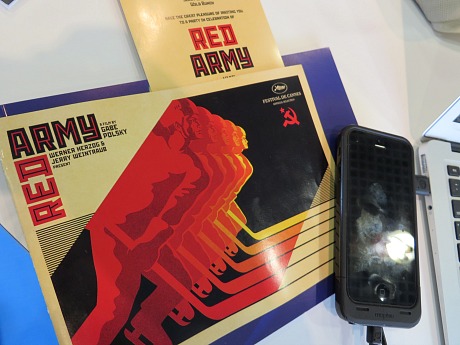