In the view of writer Joelle Monique, Green Book had to be racist because it was made by white guys. The fact that Mahershala Ali was easily as much of a strong collaborator as director Peter Farrelly cuts no ice with her. She’s basically saying that no matter how you slice it, “dominant white guy input” guarantees racism, or certainly a lack of a fair perspective.

Which is another way of saying, in a broader sense, that in any realm white-guy dominance can come to no good end because white culture has been historically incapable of fairness or justice, and is not likely to change its spots. There is abundant truth in that viewpoint, but on the other hand what are amiable, well-educated white guys supposed to do?

The basic idea is that even well-educated, urban-residing fair-skinned folks who wear Bruno Magli lace-ups are fundamentally bad news no matter what. Maybe so. Hollywood Elsewhere regrets its whiteness as well as the unfortunate genetic inheritance that I was sadly cursed with when I took my first breath.

On the other hand I yam what I yam. I’m a curious, well-educated, fairly liberal dude…world’s full of guys like me. I say “please” and “thank you” all the time. I observe traffic laws and have good taste in music, and I watch TV with headphones when it gets late. I’m not going to kill myself anytime soon, and I’m going to work hard and try to be fair with everyone I run into. And if that’s not good enough for certain parties, tough. 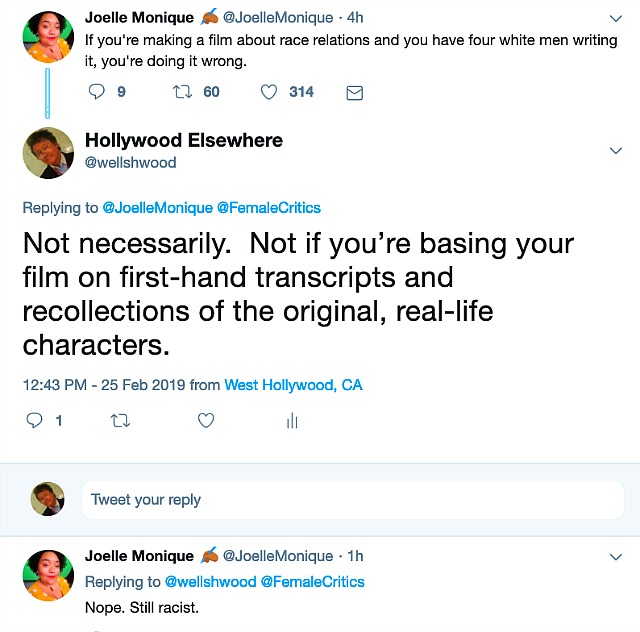