GenY Guy on Page One

HE’s Dylan Wells attended the New York premiere of Andrew Rossi‘s Page One: Inside the New York Times (Magnolia Pictures/Participant Media) on Monday, 6.13, at the new Elinor Bunin Monroe Film Center on West 65th. It’s interesting to hear a view from a 21 year-old art student who’s developed a half-notion or suspicion that the Times, solid organization that it clearly is and always has been, isn’t necessarily the most trustworthy news source around. 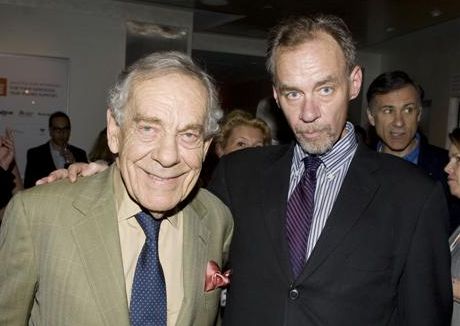 “It’s important to note that I walked into this feature with a bias, which is that I’m generally distrustful of conventional news sources. Although I’m particularly disdainful of TV news, whether it’s MSNBC or Fox, I’m not entirely trusting of newspapers either. It’s not that I think these organizations are necessarily spreading disinformation, or that the people that work for them lack integrity. I just happen to believe that interests outside of objective news reporting have a tendency to seep through the cracks every now and then.

“You can certainly maintain a healthy knowledge of world and national events by strictly keeping up with the American news media, but I choose not to rely on it. Call me a conspiracy theorist or a misguided Chomsky-holic, but these are my beliefs and I do not seek validation.

“That said, the New York Times is more than just a newspaper. It is the standard, the American mecca of information. Not only does it serve as the paramount source of information for all other U.S. newspapers, but it is also the primary record of our history. Now and forever what is written in the Times will most likely be accepted as historical fact. That is what is what I find simultaneously incredible and terrifying about it. Much in the same way many goliath investment banks have been deemed ‘too big to fail’, the New York Times has long held a status of ‘too respected to misinterpret’.

“The Times is an integrity-laden, highly regarded institution, and for good reason, but it I find that it’s generally healthy to practice at least a moderate amount of skepticism in the face of such great power. 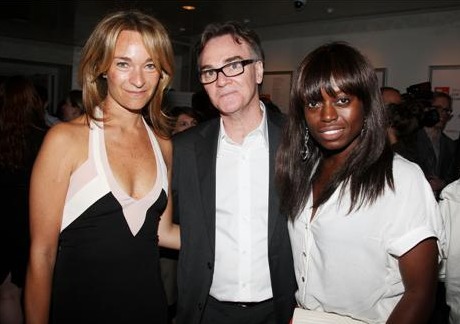 “Andrew Rossi’s Page One is more of a praising of the New York Times organization than anything else, but it certainly isn’t misguided. The documentary presents several valid reasons as to why it is such a great newspaper. Fine writing and reporting, first-rate journalists, high standards, exactitude. However much I would have liked to see a more critical eye turned towards the institution, if only for the sake of debate, I would be dishonest to say I did not have a rather pleasant time watching it.

“David Carr‘s personality made the movie for me, and judging by the amount of screen time he gets I don’t think Rossi would disagree. It’s delightful to watch him sit down and get old school with the cool-kid Vice Magazine team (no offense to Vice, I’m a big fan, but a certain head of the organization had it coming with the comment he made to Carr).

“As a graphic designer I also appreciate the animated transitions, and would perhaps even liked to see more of such. I think they could have taken that a step further. The shots of the newspaper factory also pleased me, much in the same way I drool in front of to back episodes of ‘How It’s Made’.

“All in all, Page One works, and I would recommend it to anyone who wants to learn the story behind ‘all the news that’s fit to print’. That said, if you’re looking for somebody to confirm your disdain for America’s greatest newspaper, I would stick to YouTube.”