Getting Around To It

Four days after an initial revealing by And The Winner Is editor-columnist Scott Feinberg, N.Y. Times reporters Michael Cieply and Ben Sisario have finally posted a story about Errol Morris having either paid or covered expenses for some of his interview subjects in his Abu Ghraib doc Standard Operating Procedure (Sony Classics, 4.25). 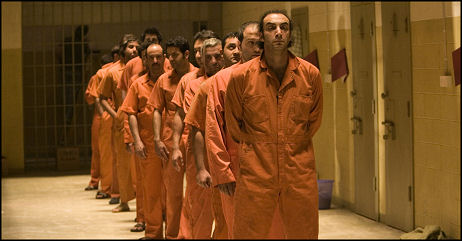 That’s a pretty slow response. In today’s fast-breaking world, first-rate print journalism is generally known for (a) examining a subject fairly thoroughly with solid quotes from reliable people, and (b) being a day late as far as print readers are concerned. Sometimes a thoroughly covered and vetted story from a major publication may take 24 to 36 hours to even show up online after the initial break. But four days…?
Last Tuesday morning Feinberg posted a longish article that disclosed,in part, that Morris had either paid or covered expenses for some of his interview subjects. I followed up later that morning with a piece that included a written statement from Morris.
I was thinking about the Times in particular when I wrote last Tuesday that the Morris payment thing “may be regarded in some circles as a sticky-wicket” issue. I suppose I should have written “slightly sticky,” as the Times obviously feels it’s a second-tier deal. (Which it is but still…) I’d been their editor I would have had it in the Times the next day, if possible, or certainly by Thursday.