This Is Getting Ridiculous 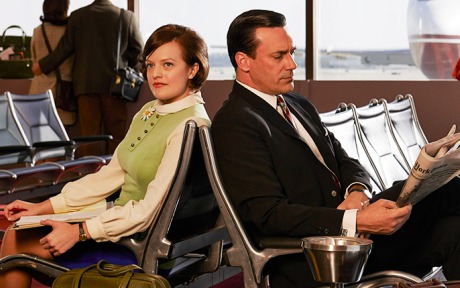 Brian Lowry‘s Variety review of the first episode of the next-to-last (i.e., “bifurcated”) Mad Men season says the following: (a) “More indifferently paced than most [and] perhaps too groovy and scattered for its own good…ought to be more tantalizing”; (b) Sterling Cooper’s new Los Angeles branch “figures prominently,” (c) Don Draper is “still digging through the emotional baggage from the heavy drinking and extramarital affair that dominated last season” and (d) his marriage to Megan (Jessica Pare) may be toast.