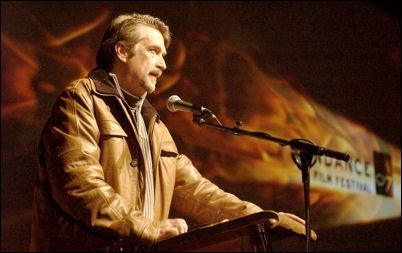 Gilmore: “Audiences are changing. The over-30 audience is the target for much of the independent arena.” Wells: Because a significant portion of the over-30s (more like the over-50s) have a habit and a history of reading reviews in magazines and newspapers. Most of the under-30s glance at the scores on Rotten Tomatoes. Maybe. The majority just watch trailers online or in theatres, and that’s it.

Gilmore: “Whereas the new generation represents an interesting contradiction. There is no question that the current college audience is much more sophisticated about cinema — about art film or international and independent work than my generation was 30 years ago.” Wells: Yes, they probably are. But we’re talking about a small percentage of this group — i.e., the early adopter film-savvy sector. A fairly small slice of the pie.

Gilmore: “But frankly they seem to have less interest in it.” Wells : Could this have anything to do with the fact that many under-30s have the attention spans of gnats? That chronic ADD is fairly rampant among them?

Gilmore: Or at least they have a greater range of activities to engage in and thus are more selective and demanding about how they are going to spend their hard-earned dollars.” Wells: Fair enough.

Gilmore: “It’s difficult to say whether the new generation will continue to harbor the passion for film that we had.” Wells: Difficult to say? Obviously the movie passion among most under-30s is much less than it was 20 or 30 years ago. 40 years ago is like 400 years ago. No bearing whatsoever on the present. They’re into whatever’s going — online videos, video games, TV series, a movie at the plex, ESPN, Nickleodeon, etc. But almost never an “old” movie — i.e., a film made before 1990. And forget absolutely looking at anything in black and white.

Gilmore: “Independent film has broken a lot of ground and had a lot of success in the last two decades. But what was innovative then is now familiar. Whether new audiences can be intrigued by innovative independent work, coaxed by critics, and motivated by marketing, whether they will be interested by new subjects and artistic invention, remains to be seen.” Wells: If you know anything about the term “remains to be seen,” you don’t need me to explain it. But I will anyway. It means that things are doubtful, don’t look good, don’t count on it, etc.