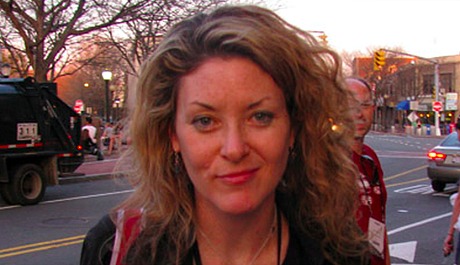 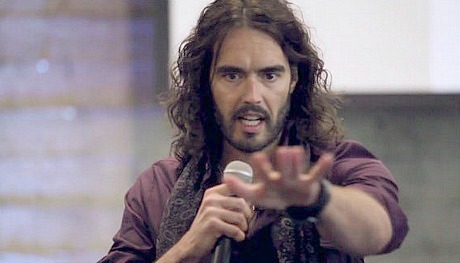 Timoner didn’t begin to make the film that Brand: A Second Coming gradually became, or a film about transformation. She was hired a couple of years ago to try and fix a doc about happiness (which was literally called Happiness) that Brand had been working on. The doc wasn’t uninteresting, Timoner felt, but it wasn’t good enough. It was basically about Brand interviewing Mike Tyson, David Lynch, Oliver Stone, 50 Cent, Cameron Diaz, et. al. But there was very little of Brand himself. When Timoner showed up for a meeting to offer notes, she was surprised to find Brand in attendance, and soon after realized that his attitude and personality were what the film needed. She sold him on this and wrangled creative control.

Timoner began shooting with Brand during the summer of 2013, and even then “I really don’t think he had any of this transitional stuff on my mind,” she says. “He hadn’t created the Trews…hadn’t written the Messiah Complex tour…hadn’t written ‘Revolution’ It wasn’t orchestrated. Sometimes these films are bigger than we are. I hope people will consider Russell’s journey as it relates to their own…the virtues of breaking the rules, stepping out of line.”

Brand was not entirely pleased with the process of being filmed and invaded, and tried to set limits. They tested each other, poked at the boundaries. Brand called Timoner his “ginger ninja shadow” at one point. Theirs was a difficult push-pull relationship but they gradually found a sort of rapprochement. Brand was impressed but unhappy when he saw the final cut; he felt it was too revealing or invasive and asked for extra material to be shot and inserted. Timoner’s creative control was contractual but she obliged nonetheless.

Timoner reminded me to pay attention to her YouTube interview channel, called “Bring Your Own Documentary with Ondi Timoner.” Dozens of interviews with name-brand documentarians.

March 13, 2015by Jeffrey Wells7 Comments
« Previous post
So How Much All In?
Next post »
Attention Must Be Paid