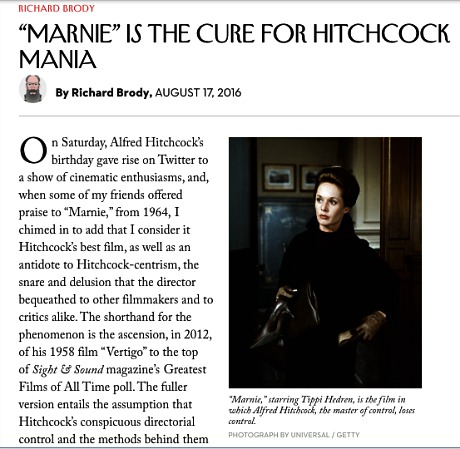 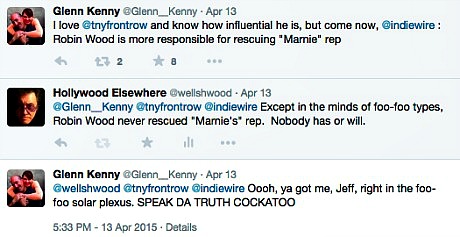 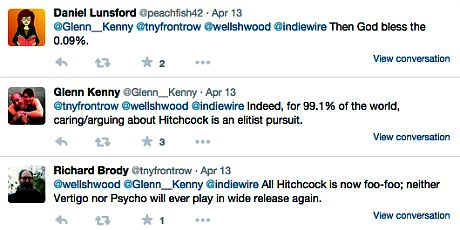 I’ve always believed that Marnie feels fake, flat, strained and labored because Hitchcock himself was emotionally off-balance, torn between secretive lust and his often dazzling directorial technique, when he shot it. I’m sure he thought he knew what he was doing when he made Marnie, but deep down I don’t think he knew which end was up. The much-written-about fact that he was invested with “having” Hedren means that he must have felt enraged and probably disoriented when he realized his efforts wouldn’t come to anything. 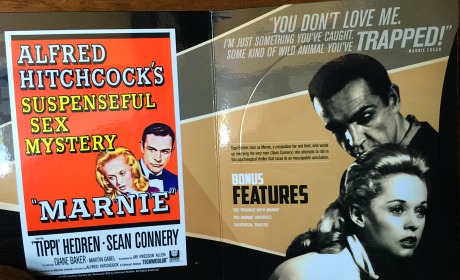 August 20, 2016by Jeffrey Wells24 Comments
« Previous post
Eight At The Gate
Next post »
Back In Smith Realm