The slogan of Movieguide, a family-friendly Christlan conservative website that reviews movies with an eye for moral worthiness in themes and storylines, is “help us bring God’s light to an industry with much darkness — protect your family.” The site is published by Dr. Ted Baehr, a self-righteous media critic and chairman of The Christian Film and Television Commission. In short, a loon. 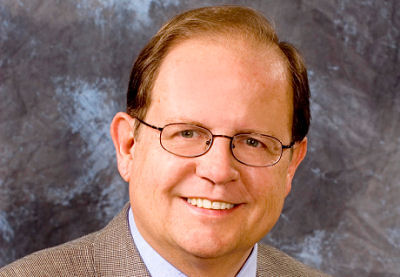 “The Academy Award members painted themselves as a bunch of Commie rats last night when they applauded madly during Communist sympathizer Sean Penn’s gleeful greeting to them — ‘You Commie, homo-loving sons of guns!’ — after winning an award for portraying an assassinated homosexual leader,” Baehr wrote.

That’s it, the man has no sense of grace or wit or humor. He’s the pudgy kid who used to rat to the teacher about who was throwing spitballs when her back was turned.

“In the past, Penn has expressed support for Hugo Chavez, the neo-Marxist dictator of Venezuela, and Communist dictator Fidel Castro of Cuba.”

That firms it — Hugo Chavez is doing something right.

“What Penn and other Communist sympathizers in Hollywood refuse to recognize (at least publicly) is that American moviegoers usually reject movies that unabashedly promote a Communist or socialist viewpoint.”

Baehr has a point. People do tend to support movies about stand-alone, right-thinking heroes who stand up against repressive social convention or some kind of oppressive organized force. But give me half a day and I’ll think of some exceptions.

“For seven years, Movieguide has been looking at the political content of the Top 250 English-language movies that open nationally each year in the United States,” Naehr writes. “An examination of the domestic box office averages for movies promoting an unabashedly socialist or Communist viewpoint shows that such movies averaged only about $15.5 million and $7 million per movie from 2002 through 2008.

“And that includes the pro-Communist, socialist diatribes of Michael Moore , whose success at self-promotion leaves all other lefty filmmakers in the dust!”

Good God, the man is unhinged.

Baer’s Wikipedia bio says he has a rep for having accepted consultancy fees from reps of films his website has supported. It mentions a March 2004 article by Marshall Allen in Christianity Today that claimed Baehr’s public relations company, Kairos Marketing, accepted payment for consulting and promotional activities on behalf of six movies that were positively reviewed in Movieguide.”