“Godzilla vs. Kong” Has A Problem 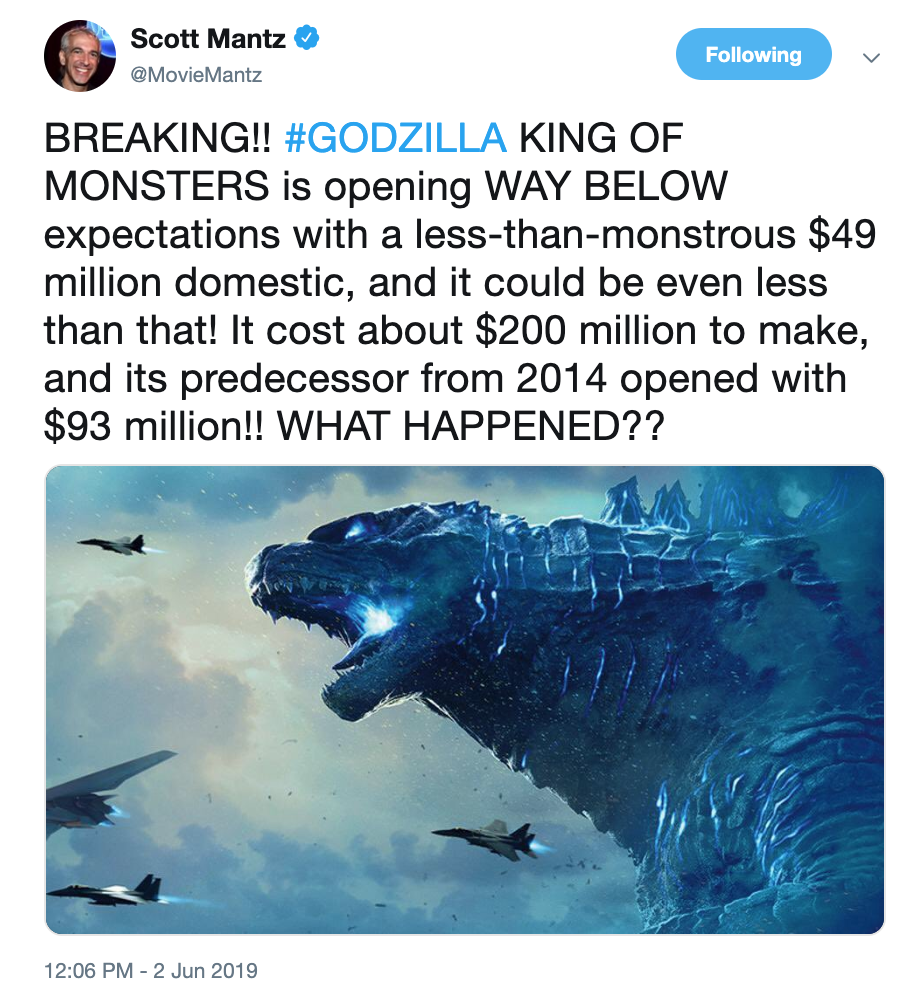 “’You can’t make an epic monster movie without spending some money,’ said Paul Dergarabedian, a senior media analyst at Comscore. ‘The fact that it earned less than the previous films may be an indicator that some creative risks or a different perspective on the genre could be needed to reinvigorate it and keep it relevant.’

“Those diminishing returns are troubling given that these movies are only getting more expensive to make. That should concern Warner Bros. and Legendary as the studios ramp up production on Godzilla vs. Kong. The match-up between the otherworldly beasts is slated to be released on 3.13.20.”