For the sin of thinking like a free-associating innovator rather than a limits-observing company guy, Patrick Goldstein‘s latest “Big Picture” column — the one that should have been published today — was killed, allegedly by associate editor John Montorio. As L.A. Observed Kevin Roderick reports, “Goldstein’s offense was to propose that the Times follow the lead of the U.K.’s Mail on Sunday (which distributed 2.9 million free Prince CDs) and partner with older artists to give away music in the paper. 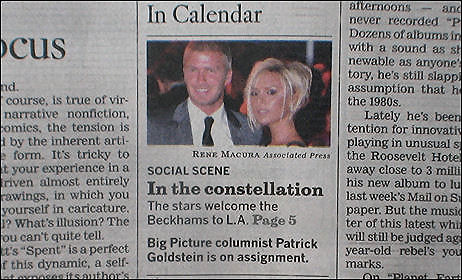 Goldstein’s column has been reprinted in full by Roderick.
Goldstein “argued it could help make the Times website a destination for fans and reduce the need for front page ads (which the editor of the Times himself calls a huge mistake),” reports Roderick. Jeez, Goldstein was just throwing out an idea. Something to kick around, run it up the flagpole, etc. What’s so bad about that? This incident illustrates how panicked the L.A. Times editors and management are today. The ship that they’ve known and nourished for years is slowly sinking and they know it, and everyone else knows it.