“Hey Jeff, thought you might be interested in these pics of Ryan Gosling, recently announced as the costar of an upcoming Terrence Malick film called Lawless, doing precisely what Christian Bale was doing with Malick in Austin last month. Only this time, it was a different music festival.” — from a friend this morning. 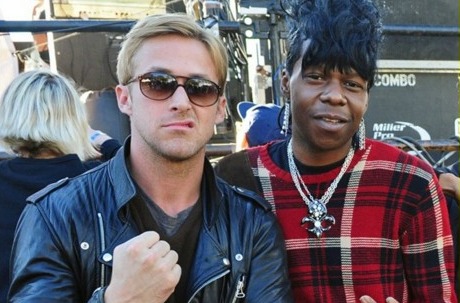