Lance Hammer‘s austere, somber, incontestably over-praised Ballast has snagged four nominations for the upcoming Gotham Independent Film Awards, which will be held 12.2 at Cipriani Wall Street. The snooty elites have embraced this low-key atmospheric mood piece since it played at Sundance ’08. I saw it there (i.e., at the Eccles) and went “uh-huh…okay…fine.” 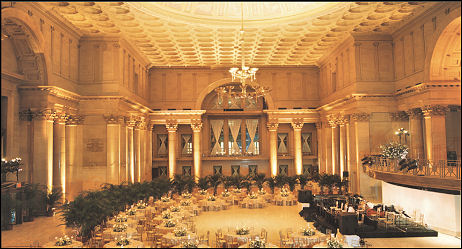 I’m not saying Ballast doesn’t deliver a nicely immersive sense of reality, or that it doesn’t deliver credible, first-rate art-film chops. I’m saying I don’t get the critics who’ve wet themselves after seeing it. Ballast never really got hold of me. It’s like a cross between an early Lars von Trier film and a Cristian Mungiu Romanian film (and that’s a good thing to see from an American filmmaker) but without the gathering intrigue. I kept saying to myself, “This is it? This is what Robert Koehler is doing cartwheels over?” As Armond White wrote, “It’s simply another calling-card movie establishing the director’s credentials.”
Here are the nominee GIF Award nominees and my pick about who (or what) should win:
BEST FEATURE: Ballast, Frozen River, Synecdoche, New York, The Visitor, The Wrestler. Suggested HE Winner: Tom McCarthy‘s The Visitor. Runner-up: The Wrestler.
BEST DOCUMENTARY: Chris & Don: A Love Story; Encounters at the End of the World, Man on Wire, Roman Polanski: Wanted and Desired, Trouble the Water. Suggested HE winner: James Marsh‘s Man on Wire. Runner-up: Roman Polanski: Wanted and Desired. Special HE Standout That Wasn’t Nominated But Should Have Been: Patti Smith: Dream of Life.