In years past the Gotham Awards have (a) never handed out male/female acting awards in the supporting category, and (b) only focused on Best Actor and Best Actress. The new thing, announced today, is that henceforth the Gotham acting awards will be (a) gender neutral and (b) will focus on lead and supporting — i.e., one in each category.

May I suggest something? If the Gothams must do the gender-neutral thing, hand out four of them — two lead, two supporting.

Friendo: “While wokesters believe in disappearing gender, they also believe in non-color-blind casting and race relations. These two things do not agree with each other. Plus gender neutral ignores how women have a hard time getting great roles, especially women of color. Having separate categories HELPS them do better. Taking that away gives men the advantage. It’s so bizarre.” 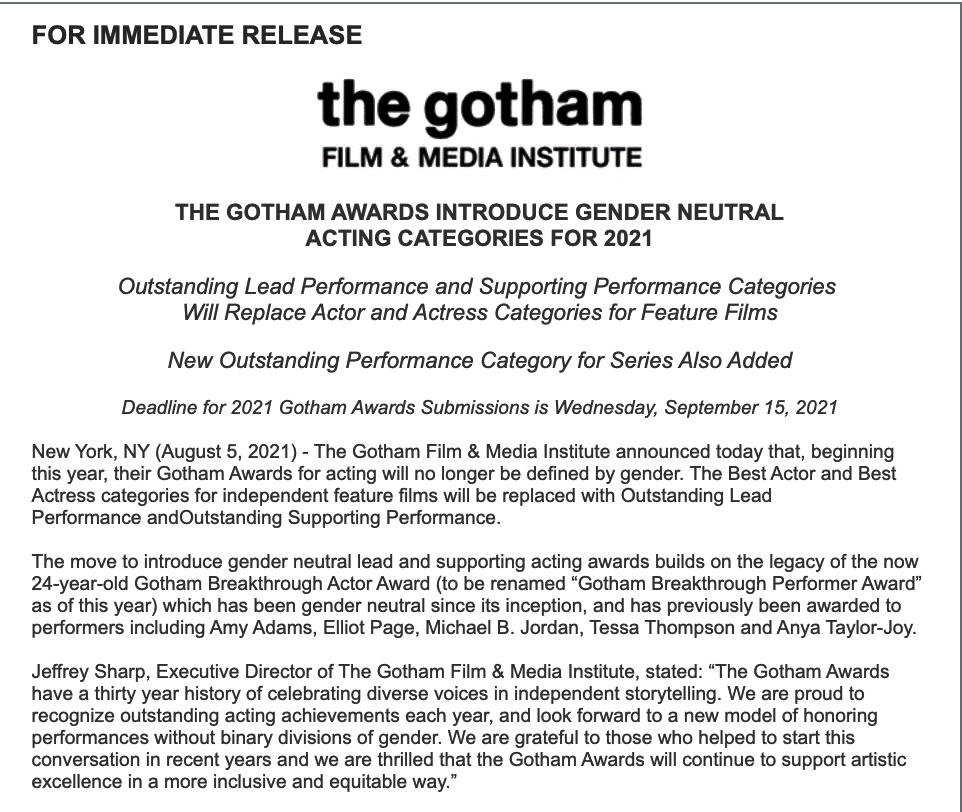