“Critics of ultra-violent video games will not be the only ones watching carefully as the latest installment of the Grand Theft Auto series is released tomorrow,” writes the Guardian‘s Bobbie Johnson. This because “the suits in Hollywood are anxious that it may dent the profits of their summer blockbusters. 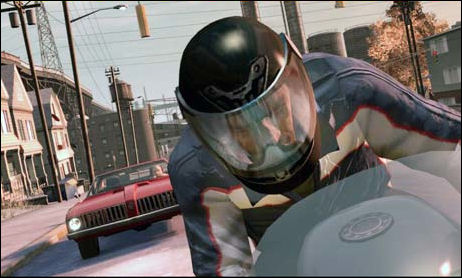 “Grand Theft Auto IV, the latest in the 18-rated crime series, which sees players take on the role of eastern European tough guy Niko Bellic, is expected to break sales records. Millions of fans of the GTA series worldwide are expected to shell out about 40 quid each for the game, making it one of the biggest moneyspinners in the industry.
“The latest instalment is likely to sell 6 million copies in its first week of release, which would make in excess of $1 billion profit for its creators and cement it as one of the biggest entertainment franchises of any kind.
“While the series is known for causing controversy, thanks to its adult content and uncompromising attitude, it has become a favorite of gamers who lust after its realistic graphics and tongue-in-cheek humor. The effect on the games industry has been dramatic, with more than 70 million copies sold in just over a decade.”