There’s no way to talk about M. Night Shyamalan‘s The Happening without spoiling the basics, so stop reading right now if you want to stay cherry. The bottom line is that except for two speed bump moments, this is an entirely respectable, deeply unsettling ecological horror film. It’s not mythic or profound — Shyamalan recently told Rope of Silicon‘s Brad Brevet that it’s a “high-end B movie” — but the direction, as always with this guy, is highly skilled and assured, and the effect is one of deep-down penetration and an absolute absence of comfort. 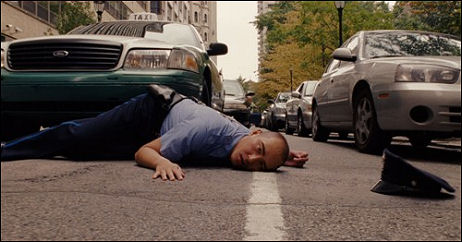 Which is good if you’re making a horror film, which this absolutely is. A horror film for liberals with an appreciation for expert craft and “saying the right thing,” and a willingness to forgive the two missteps. (Which I’m not going to bring up until tomorrow, or maybe, come to think of it, until Friday.)
The difference is that instead of Jason or Freddy or aliens or a homicidal Harrison Ford trying to kill Michelle Pfeiffer, the boogey man this time is…Mother Earth. The basic idea is what if nature, slowly dying from the greenhouse gases and all the other abuses and pollutants catalogued by Al Gore in An Inconvenient Truth, decided to get rid of us? Or at least sound a warning by getting rid of a few thousand random souls?
In this sense The Happening is a cousin of The Birds but a direct descendant of The Day The Earth Stood Still. It’s saying the exact same thing as that 1951 Robert Wise film, which no big-city film critic will tell you is labored or heavy-handed. And yet some of these same critics, I fear, will come gunning for Shyamalan’s film. It has an issue or two, granted, but it doesn’t deserve a major thrashing. It’s too refined, too expertly fused. 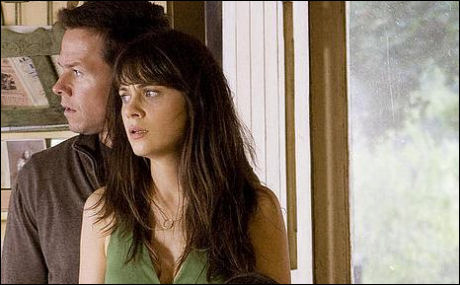 It doesn’t have the chops or the heft of the Wise film, granted, but it’s clearly following in its path by saying to its audience and the world beyond, “You’re on the wrong course and you’d better damn well do something about it.”
Does this mean that Shyamalan’s save-the-earth message is endlessly fascinating? Perhaps not. Or that the whole thing doesn’t feel a little too simplistic by the end? Maybe. But to me the film was basically a surprise. It’s a much, much better thing than the advance buzz had indicated.
It gives you the creeps and the willies all through, and it never really eases up — not even at the end. It scares, un-nerves and guilt-trips you simultaneously, and I can imagine some people — young looking-for-entertainment types, I’m guessing — not caring for this combination. A couple of twentysomethings who attended my screening were muttering about it on the way out, and I could feel what they were thinking without hearing a word.
But if they don’t like The Happening, it’s their problem and not Night’s. For this is unquestionably his third-best film — better than The Lady in the Water, Unbreakable and The Village, but not as good as Signs or The Sixth Sense. But that’s still a pretty fair compliment. 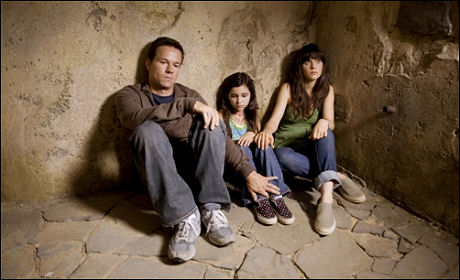 I’ll get into the rest of the ins and outs tomorrow morning, but I wanted to at least post a bare-bones reaction before the day went any further. I saw The Happening today at 2 pm, but I missed tonight’s The Incredible Hulk screening. (Went to the wrong theatre.) So after my Hulk screw-up I drove right home and tapped this out. And now — horrors! — two or three hours of relaxation.