I haven’t been on the James Gray train for years, but early Thursday evening I saw Armageddon Time, his latest, and I was seriously, solemnly impressed. It’s the first really good film of the 2022 Cannes Film Festival.

It’s a modest little moral tale — concisely written, very well acted (especially by first-timer Michael Banks Repeda plus Jeremy Strong, Anthony Hopkins and Anne Hathaway) and ridden with echoes, laments and (from its 1980 perspective) dark projections.. And it’s definitely a Best Picture contender — of this you can be certain.

Armageddon Time is Gray’s best film — the most unaffected, straight-shooting and plain spoken — in a dog’s age. I was a Gray fan during his peak decade (The Yards, We Own The Night, Two Lovers), which happened between ‘98 and ‘08. I fell away in the 20-teens but now I’m back, as is Gray himself. 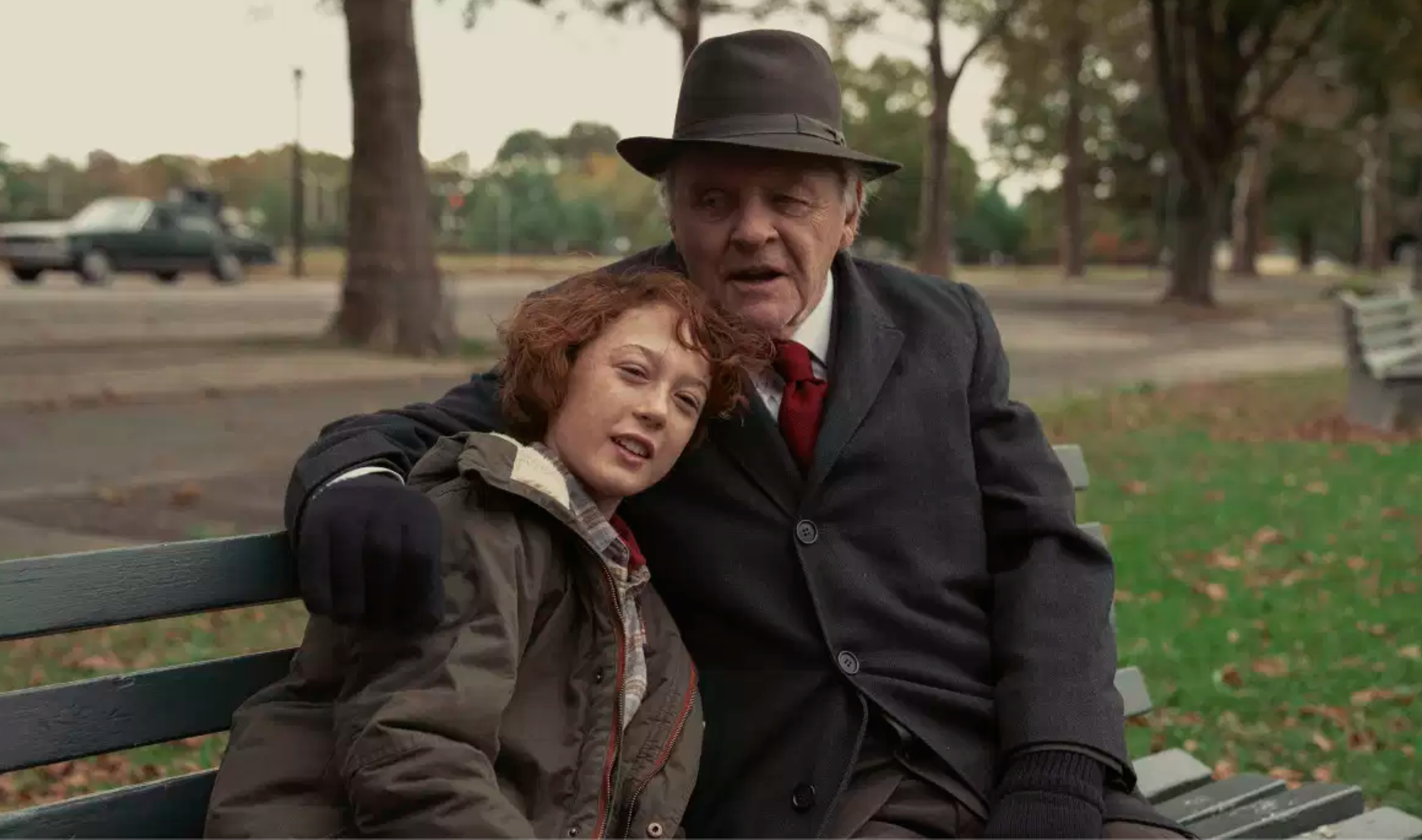 Largely autobiographical, Armageddon Time is basically a Queens-based family drama, set in the fall of 1980 and focused on the moral and creative growing pains of 11-year-old Paul Graff (Repeda).

In its own unpretentious, quietly on-target way it grapples with ethics and ethnicism, grandfather comforts, morality, racism, the Age of Reagan and the early seeds of Trumpism, brutal parenting, “life is hard” and “the game is rigged.”

I don’t know why I’ve decided to call it “a modest little Truffaut film,” but that’s the phrase I’ve been using since last night.

It’s a film about a kid dealing with family demands (particularly a brutal father) and being sent to a Forest Hills prep school and absorbing the first whiffs of late 20th Century evil in this country — Reagan, Trump, elitism and the ever-present component of half-hearted, laissez-faire racism.

A friend asked last night if it’s woke and I said it’ll certainly strike a chord with wokesters, but it’s “not really a woke film…it’s certainly not about woke Hollywood lecturing the middle of the country or anything in that vein.

“It’s Gray telling an honest, unpretentious story of his own childhood. It’s simple and real and I believed it.

“Racism and unfairness in life are real — you can’t just swat them away like a fly. It’s not about today’s deranged left. It’s set in 1980. ‘Woke’ wasn’t a thing 42 years ago. It wasn’t a thing ten years ago, and was barely a thing give six or seven years ago.

“Stop trying to define everything by today’s toxic cultural terminology,” I concluded. “Respect this movie for what it does and doesn’t do. It’s not playing any tricky or underhanded games.