My secret hope-of-hopes has been that the top two Oscar prizes would be split — The Shape of Water‘s Guillermo del Toro winning for Best Director but something else winning for Best Picture. Like, for example, Greta Gerwig‘s Lady Bird. Because Lady Bird, at least, is one of HE’s three best films of the year, the other two being Dunkirk and Call Me By Your Name. But my spirit is wilting. 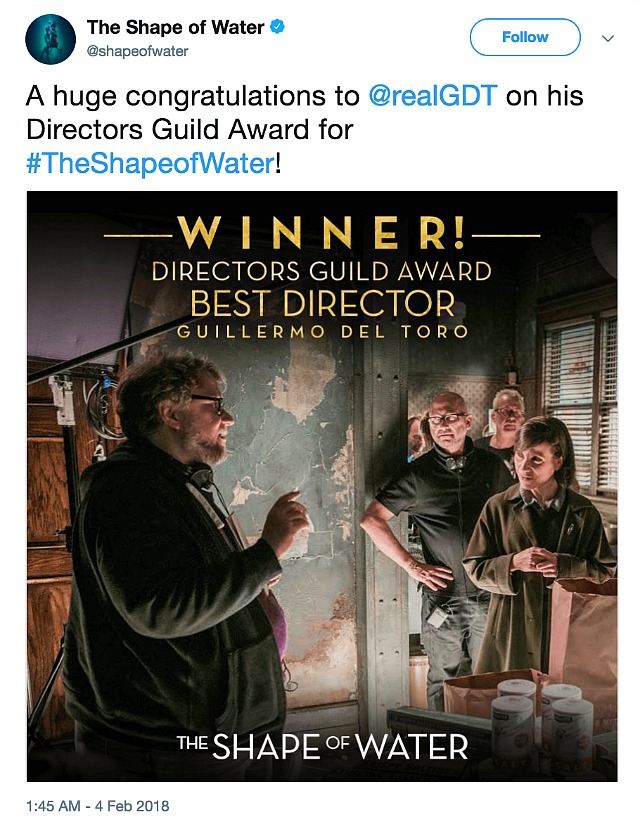