All Hail Dafne Keen, But Logan: The Bludgeoning Beat Me To A Bloody Pulp 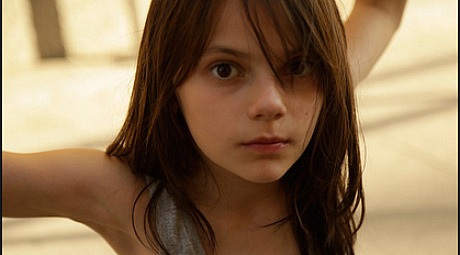 Mainstream action cinema has become an ongoing plague — a gladiatorial spectacle that keeps upping the ante because it has no choice — a genre that is doomed to eat itself with more and more ferocity, cynicism, bullets, ultra-violence, bludgeonings, perversity and desensitization. I just couldn’t take it after 100 minutes. I snapped. Mangold has to stay in the game and serve the corporate beast — I get that — but apart from staring gaga-eyed at Keen and saying to myself “wow, she’s really got it,” Logan gradually became, for me, a real chore to sit through. The last 40 minutes were hell.

Movies this intense need to deliver tight cards. Logan should have run 110 or 115 minutes, tops. 137 minutes is way too long.

Incidentally: Mangold deserves a respectful salute for including three or four clips from Shane (Stewart tells Keen that he first watched George Stevens‘ classic “when I was your age”), but shame on him for showing these Shane clips in 1.85 — heresy! Mangold, a longtime HE reader, knows full well that Shane can only be viewed within the original 1.33 (or 1.37) aspect ratio, and yet he’s capitulated to 1.85 fascism. Why? How would the Shane-watching scene be even slightly diminished if Stewart and Keen had watched the boxy version? 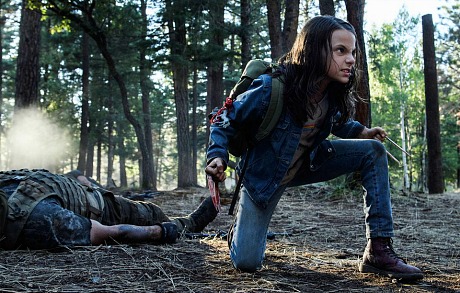