Happiness Is a Decision

At one point Jolie is asked if she’s “at a happy stage in your life.” First of all, nobody is in a happy stage right now…nobody. Not with a gray pandemic cloud hanging over everything. But that aside….

Jolie: “I don’t know. [Translation: No.] The past few years have been pretty hard. I’ve been focusing on healing our family. It’s slowly coming back, like the ice melting and the blood returning to my body. But I’m not there. I’m not there yet. But I hope to be. I’m planning on it.”

After frolicking, cohabiting, birthing and adopting for several years Jolie and Brad Pitt got married in 2014. She filed for divorce in 2016. They’ve been arguing about custody arrangements and whatnot for four and a half, going on five years. Anyone who can’t settle up and come to some kind of equitable arrangement with an ex-husband or ex-wife is not a stable, centered, fair-minded person. Not by my understanding of the term. And you know who pays the price when mommy and daddy fight? The kids do. Any parent who’d rather win the fight against an ex than make things cool for the kids is an ego monster.

It’s always been my suspicion that Angie is the neurotic hard case and that Brad is the comme ci comme ca cool cat. But what do I know? 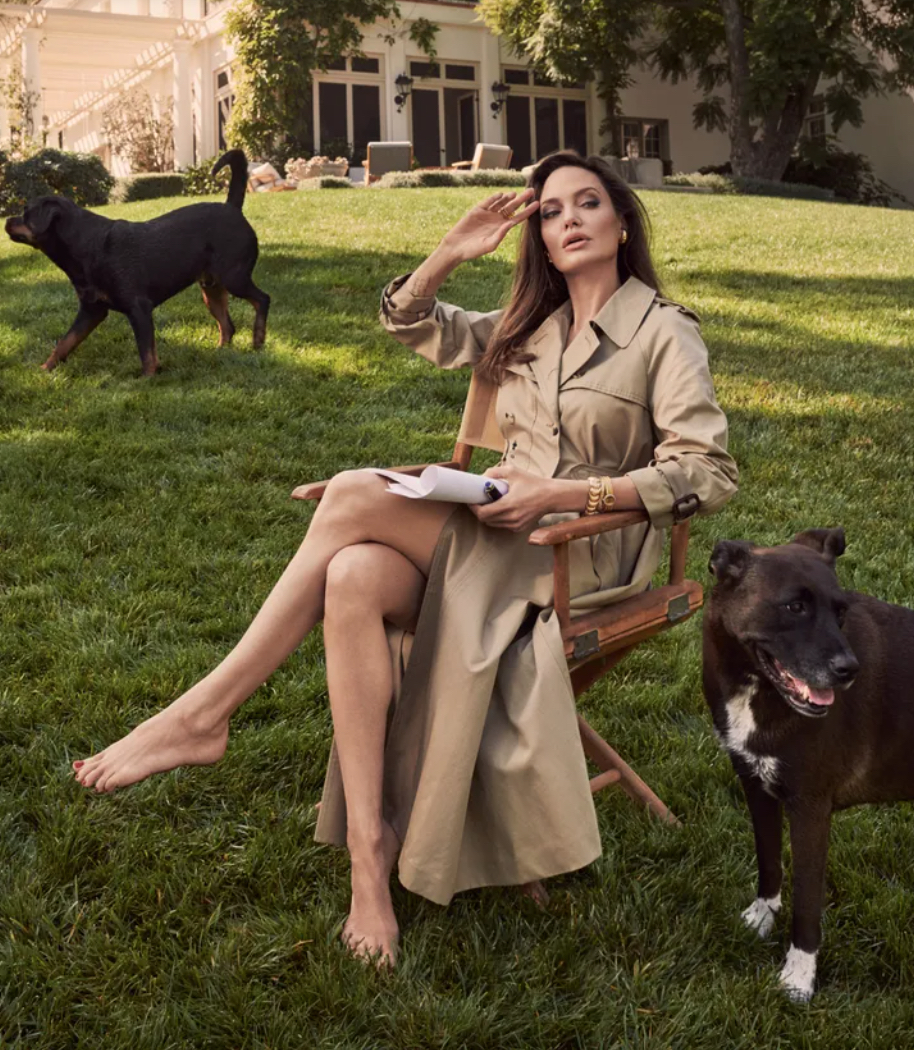