I’d say “Happy New Year” to everyone, but…all right, Happy New Year. I have always hated saying those words. Nothing’s “happy”…nobody’s “happy” anywhere. At best, people are content, joyously turned on for the moment, laughing or telling a funny story or a good joke, placated, relaxed, energetic, enthused, full of dreams, generous of heart, intellectually alive…but “happy”? The word itself has always struck me as one that only simple minds would use. 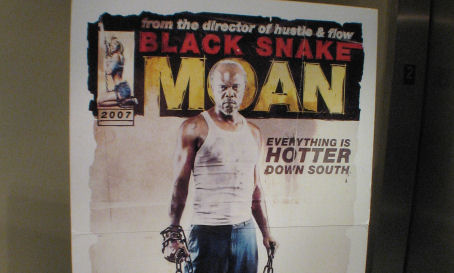 I’m only drinking Monster and Perrier tonight, and I’m not forking over $14 to any bartenders for a drink. Anywhere. I don’t care who I’m with or what anyone thinks of this policy/attitude. I’ll give $14 to a homeless person first. I won’t give my hard-earned money to anyone or anything that rubs me the wrong way tonight. I’ll walk the streets first. I hate everything about New Year’s Eve, especially young guys going “ooowwwooooh! in animal bars as midnight approaches.
There’s always the Sundance Film Festival and whatever good or great films that may show there, and the lovely Santa Barbara Film Festival right after that, and also the eight or nine great or good movies that I know are being released between January and April (like God Grew Tired Of Us, Reign Over Me, The Lives of Others, etc.).
Plus there’s the adventure of finally seeing The Assassination of Jesse James by the Coward Robert Ford, which Warner Bros. still doesn’t have a release date for, and the chance of a decent thriller/potboiler like Billy Ray‘s Breach or a rousing, high-style crime film like Joe Carnahan‘s Smokin’ Aces.
The world is choking up and winding down because too many nouveau riche greed-heads are drunk on their SUV lifestyles — ways of living and spending that they’d rather die or kill for (or see others die) than modify.
We all know the same mistakes are going to be made over the next twelve months, and that the only thing certain is that everything will be more expensive twelve months from now. The only comfort I have is this: the morons who believe global warming is a myth are going to meet each other at parties and get married and have kids and try to teach their children that global warming is a myth, but a significant number of these people are going to fail in this effort because kids always see through their parents’ bullshit.