Three and a half years ago I posted “What The Hell Is Tom Hardy Doing?“, a short riff in which I noted that Hardy was 100% committed to playing psychopaths, sullen weirdos and half-crazy scuzballs. The basic thought was that Hardy would never even try to land a role like, say, Bradley Cooper‘s in Silver Linings Playbook…that he’d never play a sympathetic guy who falls in love with a manic pixie dream girl or anything in that realm…that his investment in the idea of weirdness was absolute.

Now comes a 5.16 Owen Gleiberman Variety piece, “The Unbearable Mumbleness of Tom Hardy,” that voices more or less the same complaint. Why does Hardy insist on playing troglodytes from another planet? Why can’t he star in more films like Locke?? What’s so terrible about playing relatable human beings? 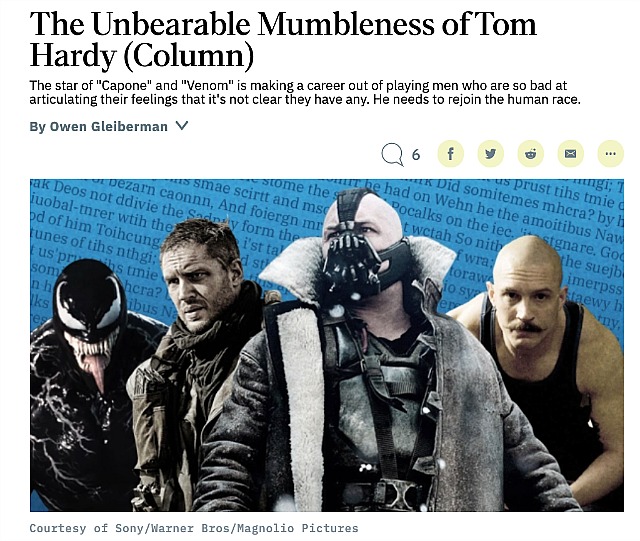 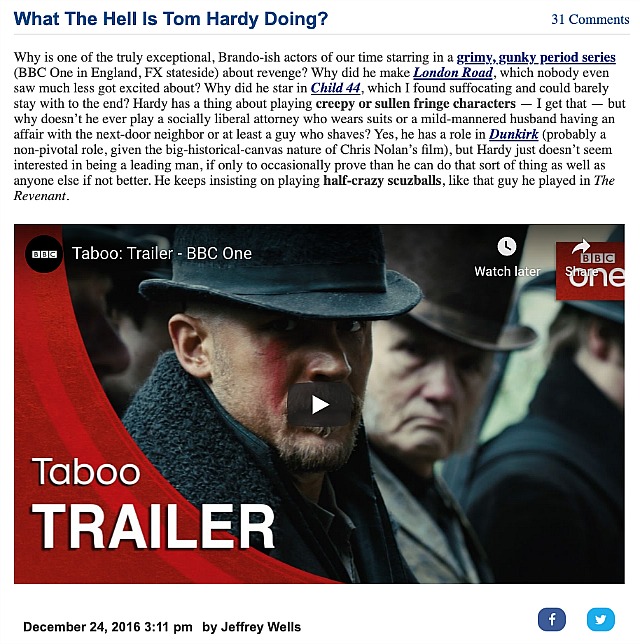