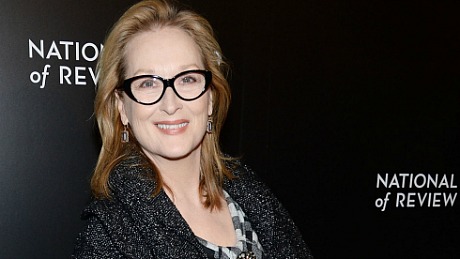 To be fair to Walt, almost every male on the planet in 1938 probably qualified as a sexist by 2013 standards.

Streep also noted that Disney “supported an anti-Semitic industry lobbying group.” The belief that Disney was anti-Semitic is historically supported to some extent, and has been repeated often enough to accumulate a certain currency.

Over the last four or five weeks Banks has been slammed and double-slammed for deriding the memory of the real P.L. Travers, the Australian-born creator of Mary Poppins whom Thompson portrays in the film, and for pushing the view that Disney knew best and that Travers was a scold and a neurotic pain in the ass. Margaret Lyons‘ 12.27 Vulture piece essentially said this; ditto L.A. Weekly‘s Amy Nicholson as well as science-fiction writer Harlan Ellison.

Remember that somewhat delusional Brooks Barnes article in the 10.16 N.Y. Times that claimed Saving Mr. Banks “depicts a Walt Disney with faults”? What a crock! The article, titled “Forget the Spoonful of Sugar: It’s Uncle Walt, Uncensored,” said that Tom Hanks’ Disney “acts in a very un-Disney way. He slugs back Scotch. He uses a mild curse word. He wheezes because he smokes too much.”

All but shuddering with pleasure, Banks producer Allison Owen said the following to Barnes: “Wow, this was so not the battle I anticipated…Disney behaved impeccably.” Well, given the snow job that Banks basically is, what’s not to be happy or behave impeccably about?

January 8, 2014by Jeffrey Wells47 Comments
« Previous post
Admit It — You’d Forgotten About Her
Next post »
Clap and Stomp