With her wins from the Los Angeles Film Critics Association and (today) the National Society of Film Critics, Parallel Mothers‘ Penelope Cruz has now won two major-league Best Actress awards. Plus 13 out of 27 Gold Derby go-along whores have included her among their top-five spitball picks.

HE has never harbored the slightest doubt about the award-worthiness of Cruz’s performance. And yet Cruz isn’t among the six nominees for the Critics Choice Awards Best Actress award. They didn’t even nominate her! And yet it’s been claimed that the CCAs are predictive of the Oscars — sure!

Drive My Car is a morose, slow-paced film about coping with grief and long-festering guilt (i.e., the trials and tribulations of grief monkeys). It’s strictly an art-house sauna movie for elite, ivory-tower critics — a respectable effort by any measure, but a movie that resides in its own cave and doesn’t begin to even try to capture or engage with or reflect anything about mainstream life in the years 2020 or ’21. It could have been made in 1957 or ’63 or ’86 or ’92.

NextBestPicture‘s Matt Neglia recently had the temerity to suggest that Drive My Car, having won Best Picture trophies from NSFC, LAFCA and the NYFCC, is cut from the same cloth as Goodfellas, Schindler’s List, L.A. Confidential, The Hurt Locker, The Social Network and Spotlight. Neglia is one of those film nerd types who lives on his own planet, or, if you will, inside his own rectum. There’s no reasoning with guys like this. 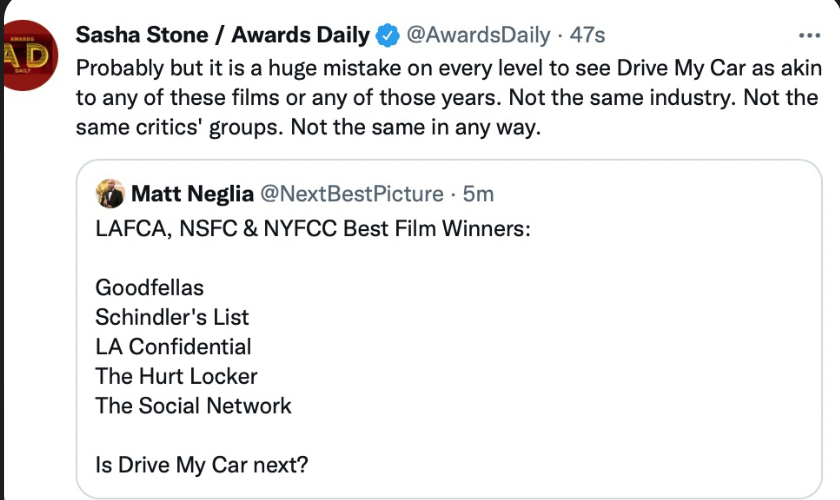 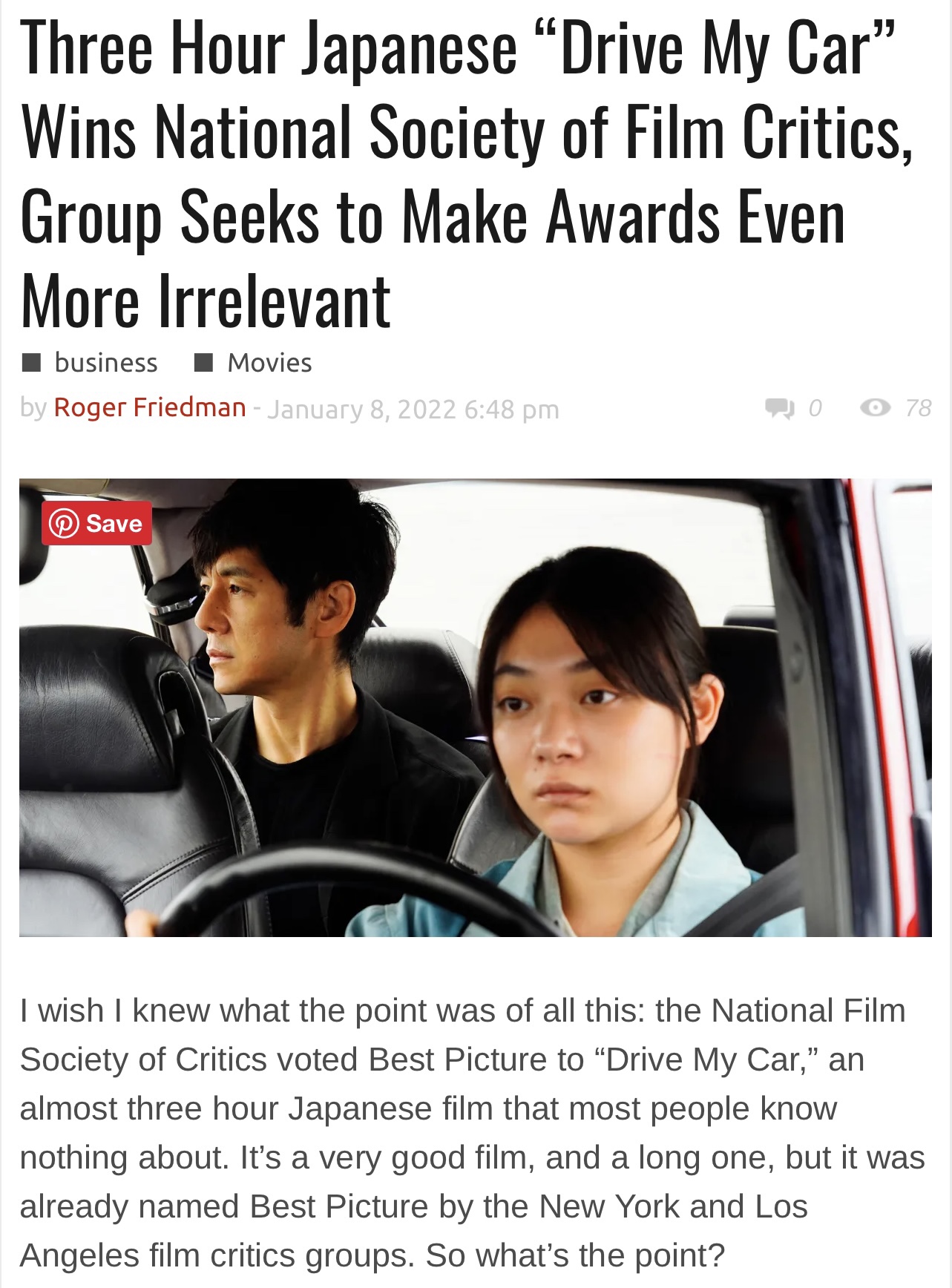