He Doesn’t Deserve Them

My Warner Archive Bluray of They Won’t Believe Me (’47) arrived yesterday; I watched it last night. Produced by Joan Harrison, written by Jonathan Latimer and directed by Irving Pichel, this RKO release has acquired a reputation in some circles as a tasty, extra-dark potboiler — required viewing if you’re any kind of film-noir fanatic.

It’s dark, all right, and I’m not sorry I saw it, but it’s a completely unbelievable, ridiculously over-plotted piece about a doomed nogoodnik — Robert Young‘s slimey, squishy, wholly unsympathetic Larry Ballentine**. The plot is mainly about how Ballentine hoodwinks, strings along and betrays three women — a gold-digger (Susan Hayward), a journalist (Jane Greer) and his rich, endlessly forgiving wife (Rita Johnson).

It makes no sense that Hayward, Greer and Johnson are each in love with Young — he’s obviously a waste of skin. If “they won’t believe me” is Ballentine’s lament, the obvious reply is “why the hell should they?”

The only aspect that really works (in a WTF, blunt-trauma way) is the bizarre ending when Ballentine, on trial for killing his wife Greta, tries to commit suicide by leaping out of a courtroom window on the fifth or sixth floor, just before the verdict is announced. A trigger-happy marshall shoots and kills Ballentine as he reaches the window ledge. And then they read the verdict.

I’ve honestly never disliked a lead character as much as this, and Young’s performance is no help. He’s playing an absolute cipher and a cad — a Shallow Hal with no smarts, no passion, no cunning, no wit, no sense of irony about himself, no style. Robert Mitchum‘s sardonic private detective in Out of the Past is shady but likable — Young is detestable. Within minutes you’re rooting for his demise. It’s no surprise that They Won’t Believe Me flopped.

If your idea of an A-level noir is Out of the Past, Double Indemnity or The Big Sleep, rest assured that They Won’t Believe Me is at best a C.

The 4K transfer has been nicely finessed — the 74 year-old film looks as good as it ever will. A nice silvery sheen, excellent black levels, finely detailed.

I was so bored I began thinking about Young’s actual life, and how he was plagued by alcoholism and depression despite a career that enjoyed a fair amount of comfort from playing the title roles in two popular, long-running TV shows, Father Knows Best (’54 to ’60) and Marcus Welby (’69 to ’76). The poor guy tried to commit suicide when he was 84. (Who does that?) He passed in ’98 at age 91.

** Why didn’t the filmmakers spell his last name like the beer? Why complicate matters? 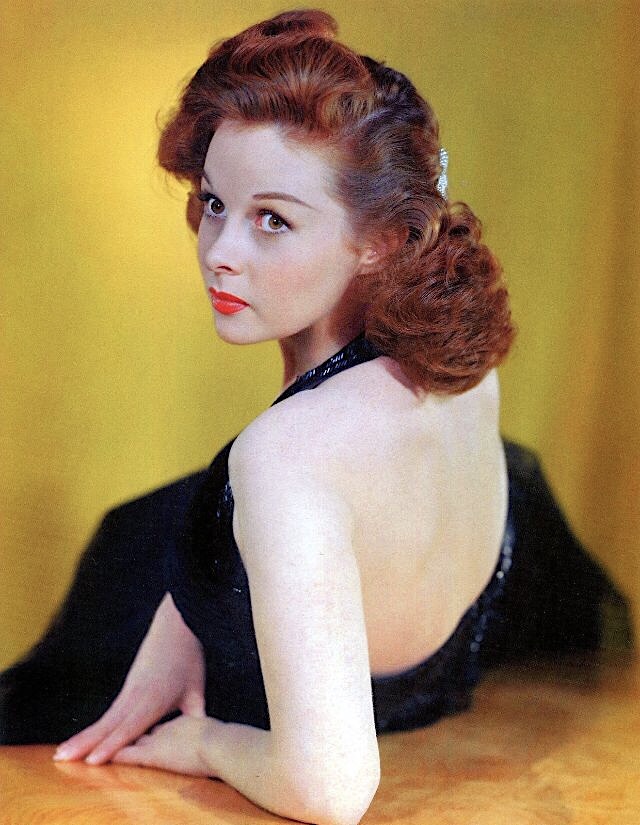 May 12, 2021by Jeffrey Wells26 Comments
« Previous post
Movie Stars Shouldn’t “Act” Too Much
Next post »
Another Ellen Convulsion