HE to “Invisible” Subtext Deniers

Gleiberman #4: “Part of the power of movies, even popcorn movies, is that they’re encoded with metaphors that charge the experience of watching them with meaning. The issue of women not being believed when they level charges of harassment (or worse) has moved to the forefront of our national conversation. When it comes to matters like this, the dismissal of women’s claims has been habitual and institutional. You could also say, though, that it’s something more — that it’s mythological. The reticence to acknowledge ­(and to act upon the knowledge of) sexually abusive behavior has been, to a degree, woven into the fabric of our society.

Gleiberman #5: “No, the movie isn’t an editorial; it’s a piece of entertainment. But when it’s over, maybe you walk out with your empathy, and your awareness of what’s going on in the world, a bit heightened.” 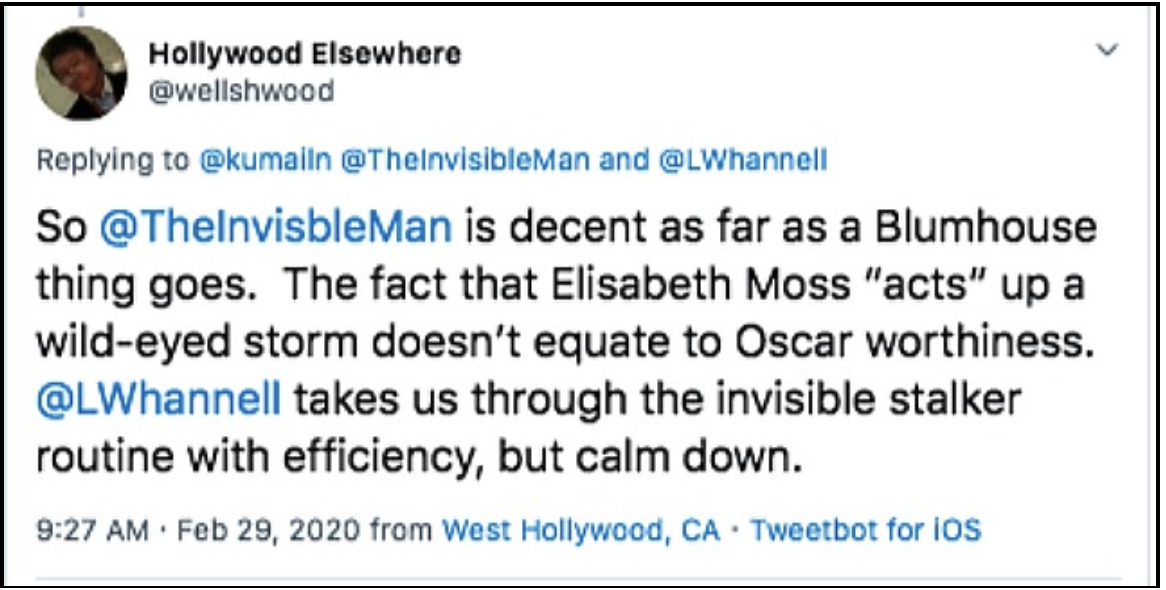