A curiously undated N.Y. Times Home and Garden piece called “Far From Conservative” offers a slide-show presentation of director Roland Emmerich‘s radical abode in London’s Knightsbridge section. The photos tell us that Emmerich is an nouveau-riche anti-traditionalist with a sensibility that is almost entirely defined by news-channel impressions of the last 15 or so years; the bad news is that Emmerich likes stuffed zebras. 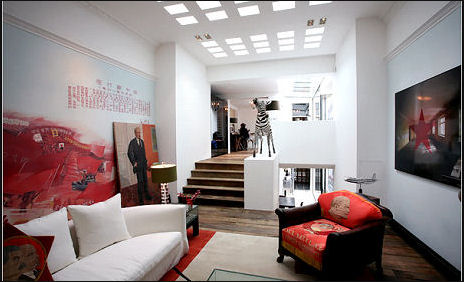 The shot of Emmerich’s living room, of course, immediately recalled Patrick McNee‘s living room in A Clockwork Orange (designed by John Barry) as well as the Crab Key interrogration room in Dr. No (designed by Ken Adam). As Emmerich’s home is filled with nothing but reflections and duplications of cultural-political icons, it would be entirely in keeping for Emmerich’s designer to have taken inspiration from these two films. 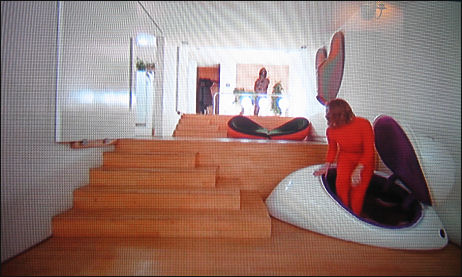 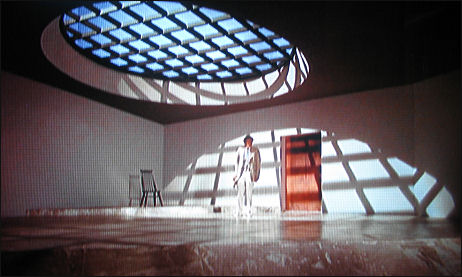 My favorite is the man-bed with the little George Bush action figure, dressed in his famous “Mission Accomplished” Air Force jump suit, lying dead center, along with a photo of a shirtless Mahmoud Ahmadinejad (“I’m a dinner jacket”) on the night table.