Defamer‘s Stu Van Airsdale has spoken to Werner Herzog about his Bad Lieutenant film that will star Nicolas Cage and will shoot in New Orleans for budgetary reasons. It is not, Herzog says, a remake of Abel Ferrara‘s original but a continuation in a James Bond franchise sense. He also tells Van Airsdale that he has no clue who Ferrara is. Right. 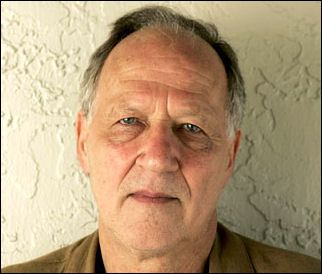 SVA: “So, yes or no — is Bad Lieutenant a project you’re working on with Nicolas Cage?
Herzog: “Yes, but it’s not a remake. It’s like, for example, you wouldn’t call a new James Bond movie a remake of the previous one — although the name of the bad lieutenant is a different one, and the story is completely different. It’s very interesting because Nicolas Cage really wants to work with me, and just anticipating working with an actor of his caliber is just wonderful.”
SVA: “Why this project, though? You could have worked on anything.”
Herzog: “There’s an interesting screenplay, [and] it’s a very, very dark story. It’s great because it seems to reflect a side of the collective psyche — sometimes there are just good times for film noir. They don’t come out of nowhere. There was some sort of a mysterious context with the understanding of people in that particular time. And it’s going to be in New Orleans, which is a fascinating place.”