Hoffman’s “Ishtar” Performance Not His Best

Dustin Hoffman‘s performance in Ishtar (’87) was definitely diverting or at the very least a very good try. His inhabiting of “Chuck Clark,” a hyper, fatally untalented songwriter, wasn’t lazy or smug or anything less than jockey-on-the-horse. He and Warren Beatty gave it hell, and they somehow overcame the idea of two 40ish guys being doomed to fail…they made an unfunny situation into a no-laugh-funny classic. The fact that it wasn’t funny made it “funny.”

This aside, Tom Brueggemann‘s declaration that Chuck is Hoffman’s “best” all-time performance is silly.

Here are Hoffman’s 15 best screen performances, in this order: (1) Ratzo Rizzo in Midnight Cowboy, (2) Max Dembo in Straight Time, (3) David Sumner in Straw Dogs, (4) “Babe” Levy in Marathon Man, (5) Ben Braddock in The Graduate, (6) Carl Bernstein in All The President’s Men, (7) “Mumbles” in Dick Tracy (8) Ted Kramer in Kramer vs. Kramer, (9) Raymond Babbit in Rain Man, (10) Bernard Jaffe in I Heart Huckabees, (11) Louis Degg in Papillon, (12) Bernie Focker in Meet the Fockers, (13) Walt “Teach” Teacher in American Buffalo, (13) Michael Dorsey in Tootsie, (14) Jack Crabb in Little Big Man and…I’m not even sure I can call Chuck Clarke his 15th best performance. I’m really don’t know if I can do that.

I didn’t care for his Lenny Bruce performance in Lenny — he tried to make a snappy, occasionally corrosive comic into lovable and endearing nice guy. I know I’m supposed to love his Robert Evans-like performance in Wag The Dog but it didn’t do it for me. 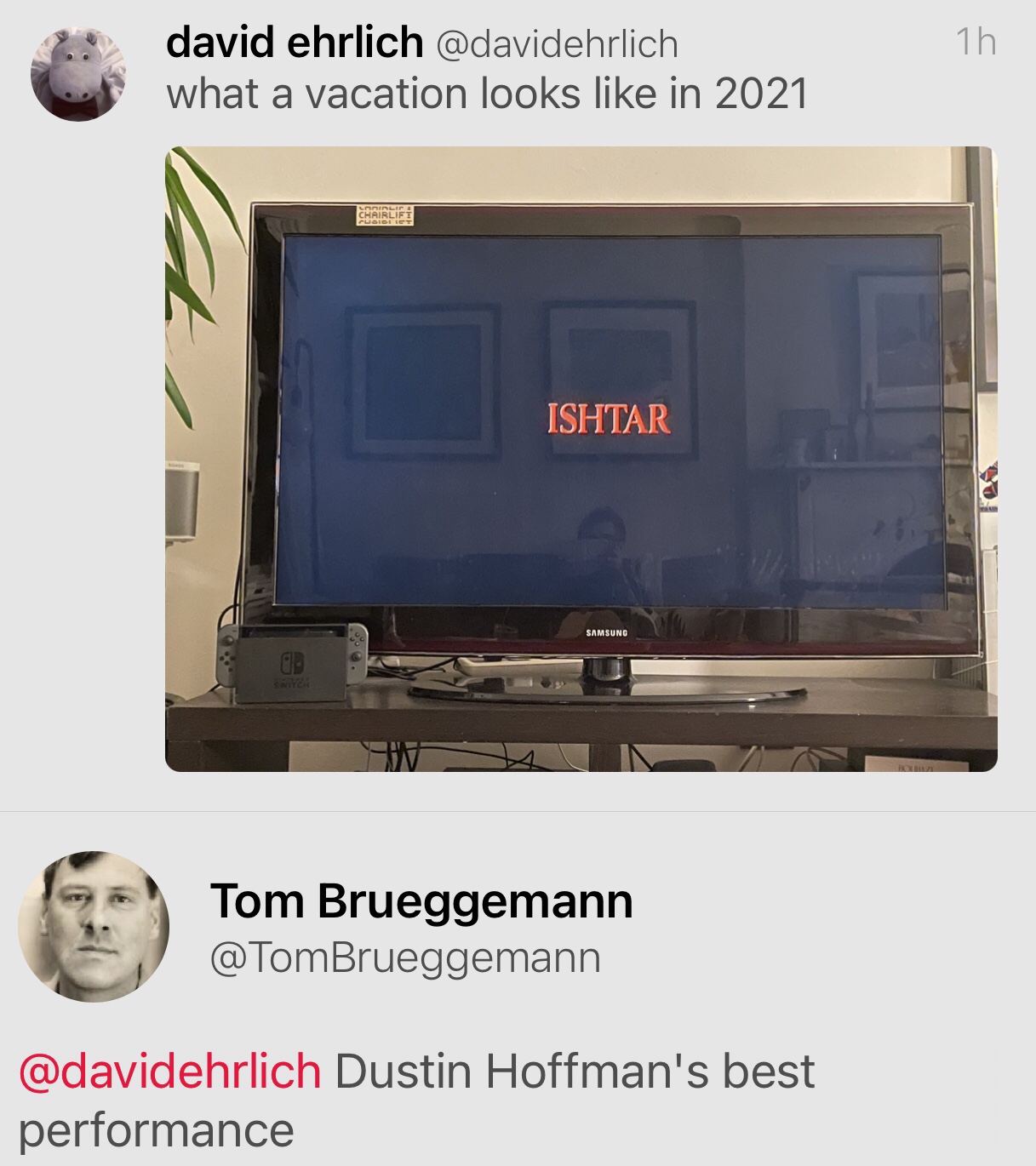