There’s nothing sad, much less tragic, about a great actor‘s life ending after 95 years.

Hal Holbrook didn’t really get going as an actor until the early 1950s, when he was in his mid to late 20s. His first performance as Mark Twain happened at age 29. His film debut was in Sidney Lumet‘s The Group (’66), when he was 41 or 42. Holbrook had just turned 50 when he played Deep Throat in All The President’s Men. He played Abraham Lincoln twice, and delivered stand-out supporting performances in Julia (’77), The Fog (’80), Creepshow (‘82), Wall Street (’87), The Firm (’93), Hercules (’97) and Men of Honor (’00). His kindly older guy in Sean Penn‘s Into the Wild (’07) resulted in Oscar and SAG noms for Best Supporting Actor. His performance in That Evening Sun (’09), playing what Variety‘s Joe Leydon called “an irascible octogenarian farmer who will not go gentle into that good night”, was a milestone.

95 robust years, and roughly 70 of them as an actor in good standing.

When I think of Holbrook do I hear the twangy, crackling, sandpaper voice of Samuel Clemens? No, I hear the vaguely testy, whispery voice of Deep Throat. Less was more. 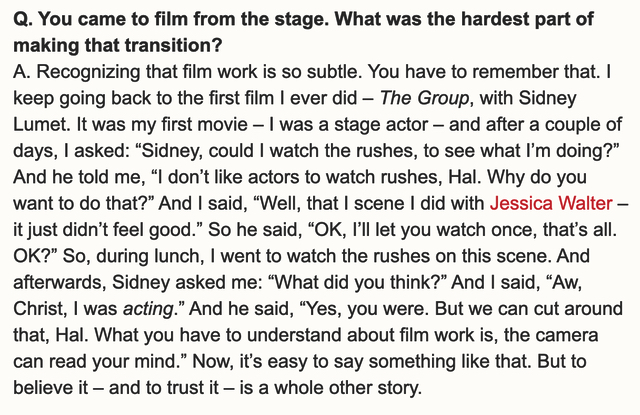 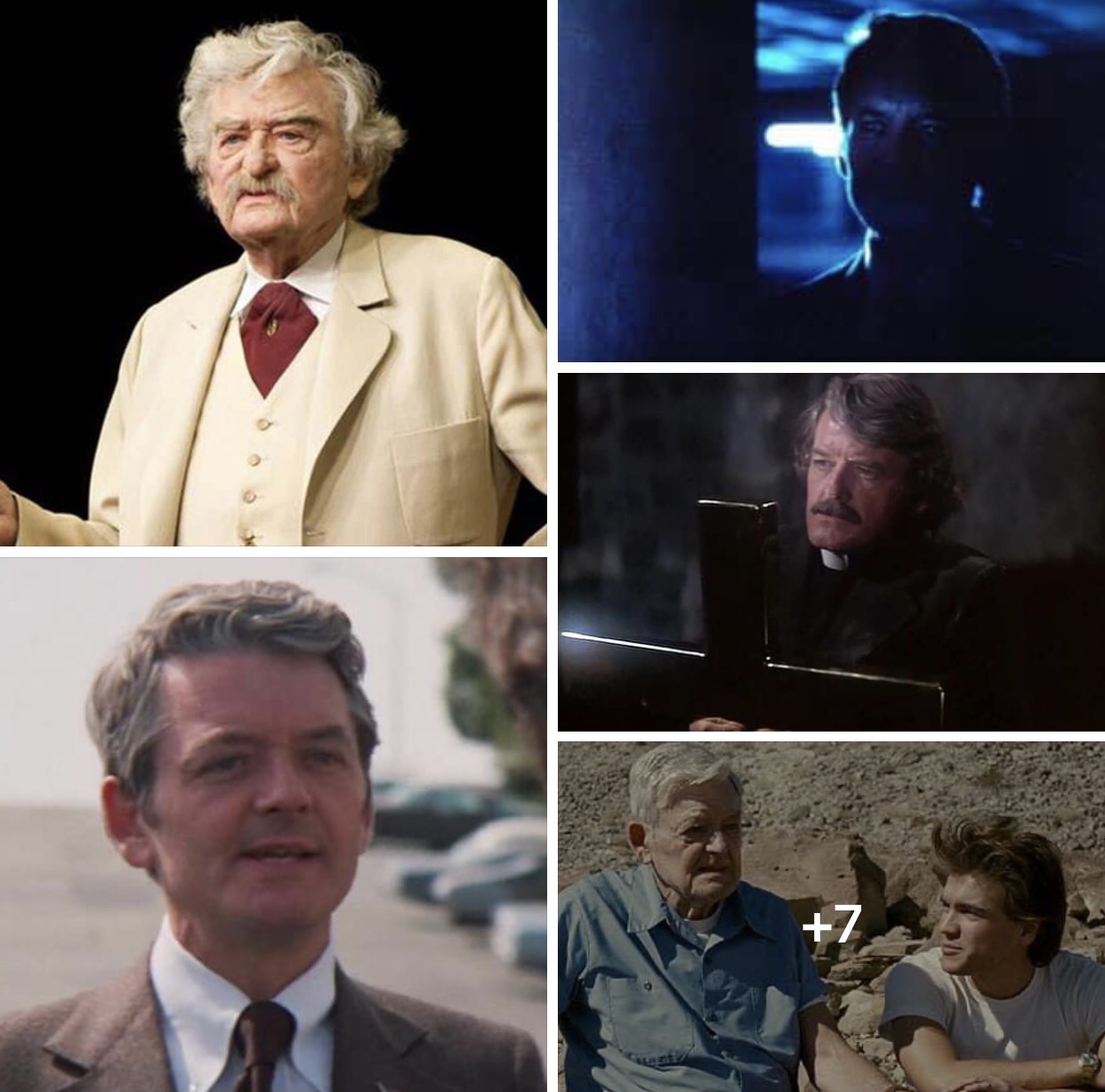