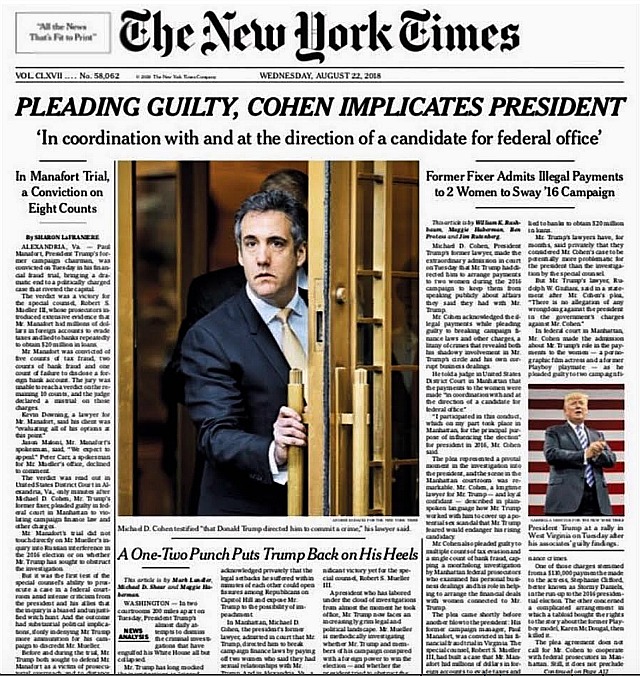 “On Tuesday afternoon, the American public was treated to an astonishing split-screen moment…as [President] Trump’s former campaign chief was convicted by a federal jury in Virginia of multiple crimes carrying years in prison at the same time that his longtime personal lawyer pleaded guilty in federal court in New York to his own lengthy trail of criminality, and confessed that he had committed at least some of the crimes ‘at the direction of’ Mr. Trump himself.

“Let that sink in: Mr. Trump’s own lawyer has now accused him, under oath, of committing a felony.

“Only a complete fantasist — that is, only President Trump and his cult — could continue to claim that this investigation of foreign subversion of an American election, which has already yielded dozens of other indictments and several guilty pleas, is a ‘hoax’ or ‘scam’ or ‘rigged witch hunt.'” — from 8.21 N.Y. Times editorial, “All The President’s Crooks.”